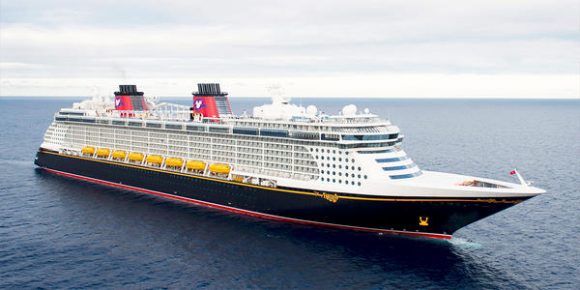 Which Cruise Lines are Laying Off Employees Due to Coronavirus?

One of the biggest effects of the coronavirus, aside from the obvious global health impact, has been on the economic side of things. Many non-essential industries are being forced to close down to prevent the spread of the disease. For some people, work closing down merely means learning how to work remotely. It can also mean hours are cut back, or new tasks have to be learned. For thousands of other workers, though, it means being laid off or sent away without knowing when they will be able to resume working. After all, those in the service industry can’t realistically work from home.

So, what does this look like for the cruise industry? Are people being laid off in huge numbers as different cruise lines are shutting down indefinitely? Let’s take a look.

Norwegian recently announced new plans for their company. Starting March 30 and lasting until June 22, workers will be moved onto four day work weeks. Employees with salaries will also have their pay docked by 20%. In the memo detailing the decision, the company said that “part of adapting is making sacrifices and difficult decisions in order for us to stretch the liquidity that we have to make it through the voyage shutdown and beyond.” What this means is that this plan is designed to allow employees to continue getting paid despite the lack of revenue at this current time. It is unclear if the company has any plans to lay off employees or try to move towards remote work.

Pullmantur, a Spanish company, closed its headquarters recently, leaving many employees to work from home. They quickly enacted a plan to help transition towards remote work, which included computers being sent to the homes of 320 of their workers. They said that they “are doing our best to keep everything running, to answer every question regarding the bookings, cancellations, reimbursements, guest services, etc.”

Disney recently announced that they would be suspending their cruise line’s operations through April 12, and it’s likely that this will continue on even longer. While there’s been no word of remote work being available for their employees, the company did say that crew members will continue to be paid.

As of now, it looks like most other companies are trying to stay afloat as best they can. This leaves employees unsure of what will happen, and if they can feel secure in their jobs. An MSC employee on March 13 said that the company hasn’t yet divulged their plan if there was to be an outbreak aboard one of their ships. Princess and Viking have both suspended operations for the time being, but it’s unclear whether they are paying employees, moving to remote work, or finding some other solution.

So, the short answer is no, cruise lines are not yet laying off employees. One positive thing for cruise workers during this time is that the companies are potentially large enough to offer some sort of compensation during the down time. Additionally, if ships are chartered to the government, it’s possible that some workers will be able to resume work under these new circumstances. Only time will what will ultimately happen, though.

Article Name
Which Cruise Lines are Laying Off Employees Due to Coronavirus?
Description
One of the biggest effects of the coronavirus, aside from the obvious global health impact, has been on the economic side of things.
Author
Ben Mangelsdorf
Comments: 0 Posted by: Ben Mangelsdorf Categories: Cruise News, Disney Cruise Lines, Norwegian Cruise Lines

← Updates on a Few Cruise Fleets from Around the World
Which Cruise Ships May be Used as Floating Hospitals and What Does that Look Like? →