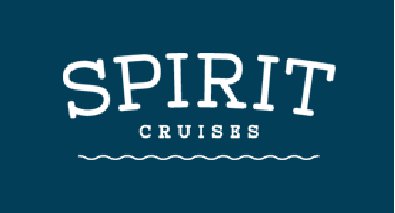 Like several other major cities along the East Coast, there are many dining cruises in Boston. These cruises generally center on lunch and dinner, but brunch cruises are also offered with regularity, and there are also a number of specialty cruises that are available in Boston throughout the year. The various dining cruises in Boston are offered by Entertainment Cruises, a conglomerate that operates several dining cruise companies in the United States, so we’ll largely focus on unpacking exactly what each company offers. In so doing, we’ll provide a convenient guide for finding and booking a dining cruise in Boston.

The three companies that offer dining cruises in Boston are Spirit Cruises, Odyssey Cruises, and Elite Private Yachts. The first two companies are essentially two halves of the same company. (Ultimately, they are the same company since they have a common owner, but they are still separate entities.) When you search the Spirit Cruises website for cruises, Odyssey’s cruises are mixed into the results, and vice versa; indeed, the results generated by each company’s website are identical. Spirit and Odyssey offer comparable cruises (e.g., three-hour dinner cruises) on similar ships as well, so who you end up booking with will likely depend only on your schedule, and not any sort of preference for one company’s cruises over the others. This isn’t to say that there aren’t slight differences between the two companies’ catalog of offerings – there are – but only that, for all intents and purposes, Spirit and Odyssey can be treated as one company that operates two ships, and it doesn’t really matter who you book through. In contrast to both of these companies, Elite Private Yachts focuses only on private events and parties, so they fill a different niche in the Entertainment Cruises behemoth.

As for the exact types of cruises offered, the majority are regularly scheduled cruises that focus on brunch, lunch, or dinner. Dinner cruises are offered most frequently, with perhaps a dozen or so being offered a week, but there are also a few lunch cruises each week. Both Odyssey and Spirit offer a Sunday brunch cruise as well, so there are two of those per week as well. This rough schedule holds for a good portion of the year – basically, the warmer half of the year plus a month or two – and then in the middle of winter the regularly scheduled cruises appear to cease altogether, which brings us to the specialty cruises. Some of these are offered for events that the companies themselves create – like the “Gospel Lunch Cruises” offered by Spirit or the “Full Moon Cruises” offered by both Spirit and Odyssey – but a number of them are simply attached to a holiday. Since a few holidays occur during the winter, there are dining cruises during the winter, but only for holidays. So, the dining cruises in Boston are technically available all year long, but only a few are offered during the winter months.

If you want to take a dining cruise in Boston, you’ll be booking through one of the companies owned by Entertainment Cruises, most likely Spirit or Odyssey, unless you want to rent out a boat with Elite Private Yachts. For the majority of the year, there are several dining cruises available a week, and even in the middle of winter there are dining cruises in Boston for certain holidays.

Article Name
Dining Cruises in Boston: Brunch, Lunch, and Dinner Cruises
Description
Like several other major cities along the East Coast, there are many dining cruises in Boston.
Author
All About Cruises and More
Comments: 0 Posted by: Cruiser Evan Categories: Theme Cruises