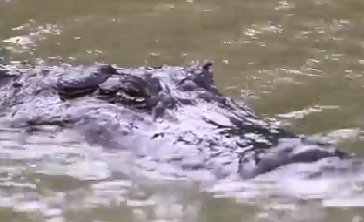 Among many other things, Florida is known for its open spaces, and none are more famous than the vast interconnected wetlands that collectively form the Florida Everglades. The Everglades are packed with vegetation and wildlife that draw visitors all year long, and one of the best ways to explore the wetlands is through a swamp cruise, which frequently takes the form of airboat tours. Below is a guide to the swamp cruises of Florida that gives you an idea of what to expect when you tour the Everglades, as well as points you toward the places where swamp cruises are offered in Florida.

We should begin by noting that the Everglades isn’t a neatly defined area of Florida that can be easily pointed to on a map. Rather, it is an enormous and complex system, one that starts nearly as far north as Orlando, where the headwaters of the Kissimmee River are located. This river drains into Lake Okeechobee, the tenth largest lake in the U.S. by surface area, and the areas surrounding these bodies of water, and basically the entire southern third of Florida, make up the Everglades. Because of the vastness of the Everglades, the swamp tour situation in Florida is comparable to the swamp tour situation in Louisiana, which also has a vast network of wetlands that can be toured. (Swamp cruises are a lot more limited in Mississippi.) As is the case in Louisiana, the swamp tours in Florida are scattered in a number of different places around the state, and which one you go on will of course be heavily influenced by where you are in Florida. There are several swamp cruises in the Northern Everglades, more or less in convenient reach of Orlando, and there are tours as far south as Miami, which is close to Everglades National Park.

The swamp tour itself will of course depend on what kind of company you book with. As we mentioned above, lots of swamp cruises take place on airboats, and while no company will offer an identical experience, it is safe to assume that the airboat tours will be comparable. Kayaking and canoeing in the Everglades are also popular options, and of course these tours will be quite a bit different (and more physically taxing) than an airboat tour. Regardless of how you patrol the Everglades, however, your tour will likely feature several alligators, which are definitely the signature draw of the swamps. (There are hundreds of thousands of alligators in the Everglades.) There are lots of other animals besides alligators, though, including numerous fish, snake, and bird species, as well as more elusive creatures, like crocodiles and Florida panthers. With a population of about 2,000, there are far fewer crocodiles than alligators, and Florida panthers are an endangered species – there are only about 100 to 180 left – so it isn’t particularly likely you’ll see either creature, unfortunately.

If you go to Florida, your attention will no doubt be diverted in a million different directions, but the wildlife in the Everglades is well worth checking out if you have a chance, and there is perhaps no better way to do this than through a swamp tour, whatever form this may take.

Article Name
Swamp Cruises in Florida
Description
The Everglades are packed with vegetation and wildlife that draw visitors all year long, and one of the best ways to explore the wetlands is through a swamp cruise.
Author
All About Cruises and More
Comments: 0 Posted by: Cruiser Evan Categories: Theme Cruises