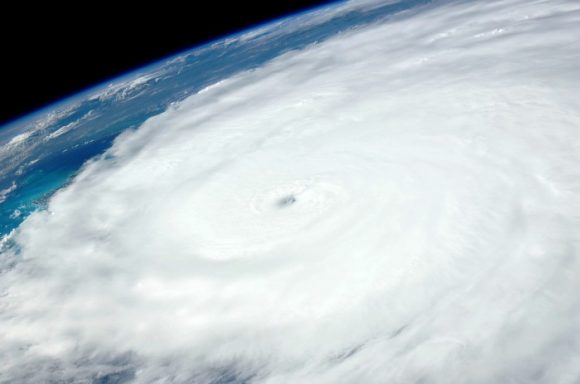 What Happens When Your Cruise is Threatened by Bad Weather

While bad weather can hit just about any cruise ship sailing, trips along the Eastern seaboard of the U.S., the Gulf Coast, and the Caribbean are all at risk of interruption during hurricane season from June through November are especially vulnerable. While no one can predict how a particular cruise ship company or sailing might be affected, it’s possible that your sailing may be cancelled or diverted in some way.

Anchors Aweigh, No Matter What

When Hurricane Irma was predicted to hit southern Florida, some cruise ship companies cancelled sailings, although that’s a pretty uncommon occurrence, even during hurricane season. What’s more likely is that cruise itineraries are revised or changed completely. Depending on the ship and its planned route, it may be only a matter of changing course if already at sea. Or a cruise’s planned ports of call can change, sometimes dramatically. In anticipation of Hurricane Florence, Norwegian Escape has been sent to Port Canaveral in Florida instead of a planned stop in Bermuda. Meanwhile, the Norwegian Dawn’s destination of Eastern Canada was quite a surprise to the passengers who got on in Boston expecting passage to Bermuda.

It can be awfully disappointing to embark and suddenly find that you’ll be needing a sweater instead of sunscreen for the next week. But for some folks, riding out a storm could be even worse. In January 2018, a cruise ship sailed through a powerful winter storm with waves topping 30+ feet, subjecting passengers to sea sickness and water everywhere. Passengers described a terrifying experience; that said, cruise ship companies, as well as the meteorologists that work for them strive to keep everyone safe, although sometimes weather turns out worse than predicted.

What’s Your Recourse When Your Trip is Altered

As with most things in life, it comes down to the fine print. In essence, buying a ticket for a cruise is agreeing to a contract. Typically, cruise line companies claim the right to change the itinerary at any time before or during the sailing without any liability to customers, and for any reason. In some cases, if a cruise ship has to return to port early because of severe weather or another emergency, passengers may receive credit for the day(s) missed. If your trip is cancelled by the cruise ship company, you may get a refund. Some cruise lines offer discounts on passengers’ next cruises.

A ha! you think – but what about travel insurance? That usually only kicks in if the trip is actually cancelled, which is pretty uncommon, although as with anything, read the fine print on the contract of the cruise ship ticket and the travel insurance policy. In some cases, a travel insurance policy has to have been purchased a certain number of days before the scheduled departure date.

No one likes to think about their vacation being ruined by bad weather but it happens. And even though it’s not something that passengers can truly prepare for, it’s a good idea to realize that it could happen on your sailing. And if so, the best thing to do is contact the cruise ship company (or on-board staff if already at sea) for the latest information on their preparations and any planned changes to your trip.

Article Name
What Happens When Your Cruise is Threatened by Bad Weather
Description
While bad weather can hit just about any cruise ship sailing, trips along the Eastern seaboard of the U.S., the Gulf Coast, and the Caribbean are all at risk of interruption during hurricane season from June through November are especially vulnerable.
Comments: 0 Posted by: Amy Andrews Categories: Misc. Cruises