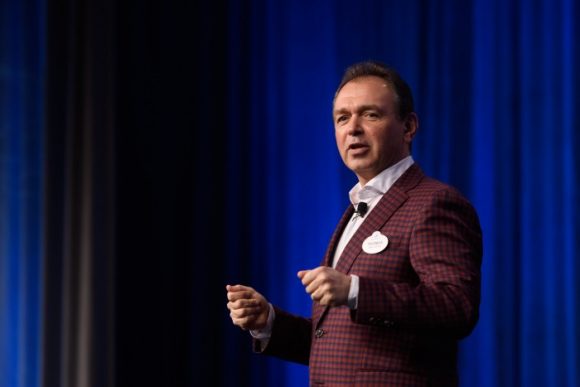 Just when you thought there wasn’t much news in the cruise industry aside from coronavirus, Disney is here to prove you wrong! On May 18, they announced some pretty big shifts in their leadership, and it includes a brand new president for the Disney Cruise Line. Here’s all you need to know about the changes!

Who is the new president?

The new president for the cruise line will be Thomas Mazloum. His former title was Senior Vice President of Resort and Transportation Operations at Walt Disney World Resort, making this a pretty significant change for him. His connection with the company’s cruise line goes back quite a bit, however. In 1998, he served as a hotel director for them, and even helped out with the launch of Disney Wonder, a ship that is beloved to this day. After a stint with Disney, he worked as the CEO of Crystal, proving that he knows his stuff when it comes to cruises.

What are his responsibilities?

While he will be overseeing all that goes on with Disney Cruise Line, this actually won’t be Mazloum’s only job. His full title is actually President of Disney Signature Experiences, which is a division of Disney that includes the cruise line, Disney Vacation Club and Adventures by Disney. So, if you’re on a Disney vacation, this is the guy in charge.

How does he feel?

Well, probably pretty excited! But you probably want it in his words, so here you go. Mazloum said, “I am thrilled to continue my Disney career by joining the businesses renowned for providing personalized and uniquely Disney experiences and delivering world-class guest service. I cannot wait to bring even more magic to guests on the seas and at our remarkable destinations around the world.” It’s nice to see that he specifically mentions Disney cruises, even though his job involves much more than that.

What about the old president?

Don’t worry, he’s still around. Jeff Vahle will be moving on from his role as President of Disney Signature Experiences to another presidential role, this time as President of Walt Disney World Resort. He was the guy in charge of the cruise line for the last three ships that were added to Disney’s fleet, so he has a lot to be proud of during his time there. We’re sure he will serve equally well at Disney World!

While this presidential shift is the main thing to note for Disney Cruise Line, there are a number of other important staff changes. Notably, Josh D’Amaro is the new Chairman of Disney Parks, Experiences and Products, which is quite obviously a big job. Hopefully this all signals a bright future for not just the cruise line, but all Disney experiences!