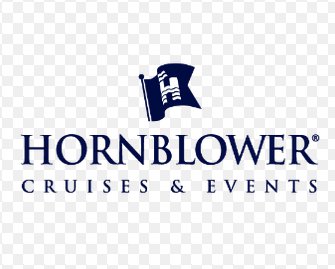 Given that its very name includes the word “marina,” it shouldn’t be too surprising that Marina del Rey is a good place for ship-related activities, like dining cruises. Thanks to Hornblower Cruises’ fairly extensive presence in the harbor, there are dinner cruises and brunch cruises offered regularly throughout the year. Hornblower also offers cruises on holidays, and they have created some other specialty cruises that aren’t connected to any particular event too. To sort out all the offerings, we have compiled a guide to dining cruises in Marina Del Rey, which also includes some advice for booking these cruises.

Hornblower operates five ships out of Marina del Rey, and another four vessels make seasonal appearances or can be requested for special private events. Considering that Marina del Rey isn’t even a town, but rather an unincorporated census-designated place of only about 9,000 people, this may seem like a larger fleet than the circumstances warrant. However, Marina del Rey is basically Los Angeles’ marina, or rather marinas – technically, it is composed of 19 separate marinas that together form the largest man-made small craft harbor in the world. Thus, Hornblower’s dining cruises and other offerings serve the city of Los Angeles, not just Marina del Rey. We’re sure a lot of people already assumed this, but for those who aren’t aware that Marina del Rey is near the middle of the L.A. coast line – right by LAX, in fact – this is relevant to know.

The main dining cruises for Hornblower are, as mentioned, dinner and brunch cruises, which are offered on the weekends every month of the year (except during December, evidently, as there are no cruises listed on the company’s online calender during this month). In general, the dinner cruises are offered on Friday and Saturday, and then the brunch cruise is offered on Sunday, although during the summer there are brunch cruises on Saturday as well. The dinner cruises are two-and-a-half-hour affairs that feature four-course meals and after-dining dances. The brunch cruises are two hours long and feature free-flowing champagne and a buffet. The dinner cruises cost about $85, and the brunch cruises about $65. The specialty cruises essentially follow the same script and they don’t cost much more. So, for example, there is an Easter Brunch Cruise, but it is basically like any other Sunday brunch cruise with Hornblower, at least in its essential details. (The food options are slightly different because the Easter cruise features “holiday classics and chocolatey treats” and perhaps there are some holiday decorations, but overall they are similar cruises.)

As we conclude, a note about booking dining cruises in Marina del Rey. In general, we recommend working and booking directly with Hornblower, which can be done by purchasing tickets through the Hornblower website for Marina del Rey. Third-party vendors do sell the tickets, generally through “guide to Los Angeles” sites, but they often seem to cost more, even if they guarantee the lowest price. If you can get a discounted price going with one of these sellers, by all means take it, but we recommend checking out the Hornblower site first because they often seem to offer the best deal. So, start on the Hornblower site and see what’s available and at what price, and if you want to do some searching around for a deal, you can of course do so. However, Hornblower often seems to offer the best price, at least as far as we can see, so your search might begin and end on Hornblower’s official site.

Article Name
Dining Cruises in Marina del Rey: A Guide
Description
Thanks to Hornblower Cruises' fairly extensive presence in the harbor, there are dinner cruises and brunch cruises offered regularly throughout the year.
Author
All About Cruises and More
Comments: 0 Posted by: Cruiser Evan Categories: Theme Cruises