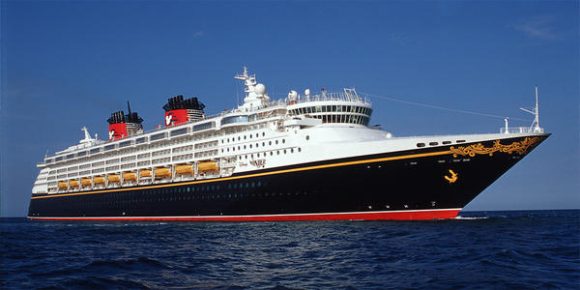 Disney Wonder Has Embarks from New Orleans for First Time

Disney Wonder, one of the cartoony cruise line’s four vessels, has just embarked from New Orleans for the very first time. The cruise ship has been Disney’s since 1999, yet never in its long lifespan has it called The Big Easy its homeport. Interestingly enough, this is actually the first time since Disney Cruise Line was founded that one of their ships has used New Orleans as a homeport, making it a milestone for both the ship and the company.

Wonder left from the city on February 7 and plans to sail out of it several times throughout the rest of 2020. The response thus far has been verifiably positive, with Disney’s Yolanda Cade telling the media that the acclaim is “reflected in the fact that these cruises are packed to capacity.” This first sold-out cruise traveled to Cozumel over the course of four days. If you missed out on it, there is another replica trip planned for February 27, as well as March 2.

There are several other itineraries coming out of NOLA for Wonder. There is a six-night trip that hits George Town, the capital of the Cayman Islands, in addition to Cozumel. It runs from February 21 to February 27. The most exciting, though, is a two week adventure that moves along the coast of central America and visits Cozumel, George Town, Cartagena in Colombia, the Panama Canal, Peurto Vallarta, Cabo San Lucas and San Diego.

Because of the success of the sailings thus far, Disney plans to return to New Orleans next year. The two week itinerary returns in 2021, beginning on February 26. There’s also a five-night trip that hits Progreso in addition to Cozumel in 2021 that runs from January 27 to February 1. A week long trip hits Key West, Nassau and the Disney Castaway Cay, with options beginning on February 5 or February 19 (the trips are identical). The four-night trip that served as the inaugural New Orleans itinerary this year will also be returning next year on February 1.

So, if you’re a citizen of New Orleans (or just live within driving distance), feel free to rejoice! There are plenty of cool itineraries coming your way courtesy of Disney, and their statements make it seem as if they have no plans to end their relationship with the city any time soon. If you’re interested in the future dates, check them out here.