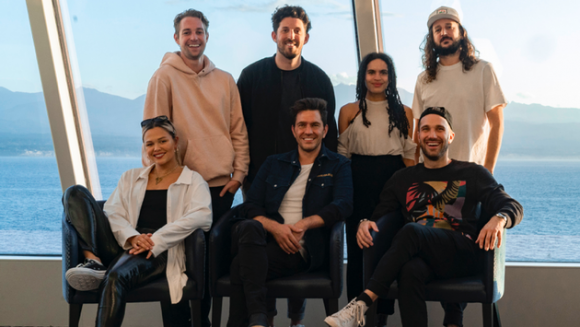 Norwegian, a company noted for its music-themed cruises, has taken things a step further by creating a cruise experience specifically to inspire songwriters to make new music. While a lot of the cruise line’s themed-cruises are for anyone who’s interested (they recently finished up the ninth iteration of the classic Kiss-themed Kiss Kruise), this one isn’t open to just anyone. It is a Free the Beat songwriters cruise, which is effectively a sequel to their 2019 songwriters cruise that featured songwriters with credits ranging from BTS to One Direction to Thomas Rhett. The Free the Beat program allows songwriters to create music for Norwegian’s “global music library” that is inspired by some of the beautiful destinations the cruise line visits, and this second songwriters cruise is directly connected to this program.

Warner Chappel Music has partnered with the cruise line to help expand this library and has gotten several new writers onboard to get inspired. Writers include: Liz Rose, known for the mega-hit “You Belong With Me” by Taylor Swift, as well as work with Carrie Underwood; Abram Dean, who’s made music recently featured in Norwegian ads; Audra Mae, who has worked with Miranda Lambert, Kelly Clarkson and Susan Boyle; and more. The goal of the cruise is to create music that represents Norwegian’s brand, and they have specifically picked artists that they feel can do this perfectly.

The cruise is set to last seven days and visits Hawaii. Destinations include Maui, Hilo, Kona, Kauai and the NaPali Coast. Norwegian plans to show off some of Hawaii’s most beautiful landscape to their songwriters, including volcanoes, beaches and waterfalls. Kellie Pickler, a country singer who is the host of the event, said that “[she’s] so excited to host the Norwegian Cruise Line’s special cruise on Pride of America” and that she is “always inspired by the places [she] visit[s].”

It seems pretty obvious that a relaxing trip to Hawaii is the perfect way to blast through some writer’s block. The original Free the Beat cruise was to Alaska, and songwriters took part in all of the fun of Norwegian ships, ranging from laser tag to a plethora of restaurants to choose from, which successfully inspired the artists to contribute to Norwegian’s music library. This second cruise looks like it will definitely do the same. Norwegian’s partnership and interest in the arts is unique, and it will be interesting to see where they take this concept in the future. For now, let’s stay excited to think that the brand will have excellent music inspired by their itineraries that they can use to represent themselves.