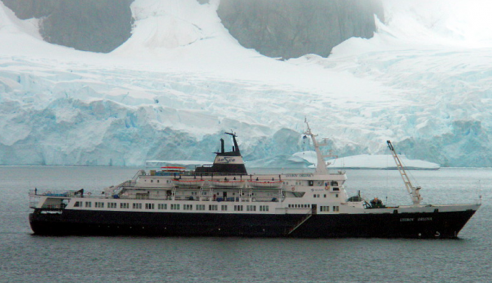 After being adrift at sea for over a year, a cruise ship loaded with diseased and potentially cannibalistic rats is heading toward the U.K. and Irish coastlines. The Lyubov Orlova, a Soviet Union vessel built in 1976 for pleasure cruises, could potentially crash into Scotland, England, or Ireland if the vessel is not intercepted at sea. Although it has yet to be confirmed that the ship is still floating, there are indications that it has not sunken, making the forsaken ship, which may carry plenty of disease thanks to its rodent crew, a live threat. How did a cruise ship filled with rat cannibals end up floating aimlessly across the North Atlantic?

The story begins in Canada, where the Lyubov Orlova was in the control of private owners. However, the owners owed money and failed to pay the vessel’s crew, so the Canadian police seized the vessel in 2010 as part of debt collection operation. The ship sat in a port in Newfoundland, Canada until 2012, when the vessel was sold by Canadian authorities to the Dominican Republic for scrap. As the ship was being transported, it broke loose in a storm. Once the ship was recaptured, the authorities decided to release the ship into international waters rather than continue to deal with a vessel they never wanted in the first place.

The ship has floated around more or less unnoticed after it was intentionally released by Canada, although distress signals were sent from two of the vessel’s lifeboats in March 2013, indicating that the vessel is likely still afloat (because the distress signals of every lifeboat should theoretically be sent out if the ship sinks). The emergency signals revealed that the abandoned vessel, drifting eastward, had crossed two-thirds of the Atlantic. Several days after the distress signals were received, radar operators were able to locate an object off the coast of Scotland; however, the search planes sent out to investigate were never able to find the ship (if it was in fact the ship).

That the vessel is overrun by rats eating each other is essentially speculation, although not unfounded speculation. Certainly rats inhabit ships, particularly when those ships sit unused in a port for two years. And assuming the ship still has live rats on board, they very likely have taken to eating each other in a desperate attempt to stay alive. Needless to say, the hope is that the ship can be recovered and handled before it crashes into the shore of a highly populated land like Ireland or the U.K., where frantically hungry rats might bring disease to an unsuspecting people.