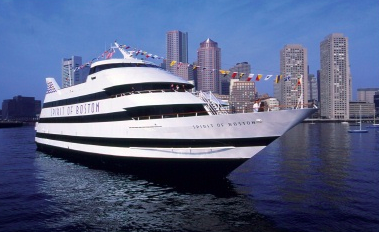 The Port of Boston is a major U.S. port with a storied history. It’s the oldest port in the Western Hemisphere that has remained continuously active, and it is also the site of the celebrated Boston Tea Party. As far as ports go, it’s famous, and it’s also fairly well known in the cruise world because it is a major departure point for cruises to New England and Canada. There are many cruises that depart from Boston, although only for part of the year. Cruises from Boston are also quite diverse in that five cruise lines, two of which are luxury lines, operate ships out of the port – many different styles of cruising can be had on the ships sailing from Boston. Since it’s hard to keep track of all the cruises from Boston, we’ve provided an overview of them below to give you a sense of what’s available.

The variety of cruises from Boston came to our attention recently when writing about the things to see and do when you are leaving on a cruise from the port city of Boston, to use the exact phrasing of the title. Since Boston is a city with plenty for visitors to do, it’s an excellent place from which to sail. You can enjoy a few days in the city before starting your cruise vacation, and this is especially true since you’ll have to sail from Boston during the summer or the immediate months surrounding it. (Boston is definitely a city more pleasant to visit when it’s warm, at least in our experience.)

Cruises are only offered during these months (essentially May through October, although there is one cruise in November) primarily because of the cruising seasons of New England and Canada, the two main places to which ships from Boston sail. During these months, every cruise line that operates out of Boston offers cruises to these destinations, although not all of them are available each month. Royal Caribbean and Seabourn only offer cruises during September and October, and Chrystal only in September. These three cruise lines offer cruises only to New England and Canada out of Boston.

The other two cruise lines of the port, Holland America and Norwegian, operate throughout the summer season (which is May through October for the cruise industry), and they also offer cruises to places other than North America. Holland America goes to the Panama Canal in October and also has a transatlantic cruise in July. The vast majority of their cruises are to New England and Canada, though, which they offer more or less continuously the entire summer season. Norwegian sails to the Caribbean and Bermuda, the latter of which is its main destination out of Boston. It offers several cruises to Bermuda each month during the summer season. It only sails to the Caribbean during November (the latest cruise out of Boston in the year), and somewhat surprisingly (given the focus of the port’s cruise lines) it only offers two cruises to New England Canada region every year, both of which are in September.

So, there are many cruises out of Boston each year, and they are offered by a wide array of cruise lines. However, the majority of them sail to the same destinations (at least generally – they don’t all follow identical itineraries obviously), and they are only possible to take during half the year. If you want to go somewhere else, you’ll have less flexibility in terms of the cruise’s timing, but there are enough options to make it a live option for most people, particularly because of Norwegian’s Bermuda offerings.