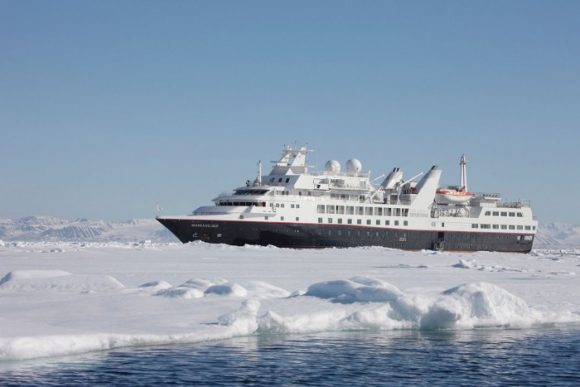 Cruises to the Arctic, the Galapagos, and Private Beaches Growing in Popularity

One of the best things about traveling via cruise is that it allows you to go pretty much anywhere. Despite this, there are certain locations (think the Caribbean) that reign supreme above others. In fact, there are certain cruise destinations that are pretty much ignored by the wider public in favor of the more traditional spots. Due to a variety of factors, this is set to change in the next few years. In fact, there are a few historically less popular destinations that are poised to become major hot spots.

When you imagine a cruise vacation, do you immediately think of warm ocean waves, sandy beaches and relaxing in the sun? We don’t blame you. That’s definitely the traditional image of cruising, but there’s a whole world beyond that to explore, and people are starting to wisen up to that fact. Experts are currently looking at the Arctic as the area of the world that will see the most growth in terms of cruises in the near future. It offers a level of exploration and adventure that most other spots on earth can’t. It also is inherently exclusive (it’s expensive and difficult to get there), which is a huge draw for certain travelers. If you’ve ever wanted to take a cruise to the Arctic, you might want to consider doing it soon; it seems that demand is about to go way up.

Much like the Arctic, the Galapagos Islands may not be the first thing you imagine when you think of cruises. The series of islands near Ecuador are certainly beautiful, but they aren’t a particularly common vacation spot. Well, until now, that is. As more and more of the most popular cruise destinations get crowded, certain travelers are looking to check out places that are more off the beaten path. The Galapagos give an atypical vacation experience, as well as the bragging rights of going somewhere that your friends have probably never been.

While not all cruise aficionados may know this, private islands and private beaches have long been staples in the cruise industry. This trend is due less to consumer demand changing and more due to certain cruise lines looking to expand something they have already been doing. From now until 2022 or so, major cruise lines are spending a good deal of their cash on developing new, private experiences for their guests. Among these cruise lines are Royal Caribbean, MSC, and Virgin, and it’s not a particularly bold prediction to say that others will likely follow them and put more focus on private islands and beaches as well.

The world of cruises is constantly changing, so you can never truly know what to expect. However, these three destinations are a pretty sure bet on what we’ll see grow in popularity.

Article Name
Cruises to the Arctic, the Galapagos, and Private Beaches Growing in Popularity
Description
There are a few historically less popular destinations that are poised to become major hot spots.
Author
Ben Mangelsdorf
Comments: 0 Posted by: Ben Mangelsdorf Categories: Cruise News, Everything Else, Misc. Cruises