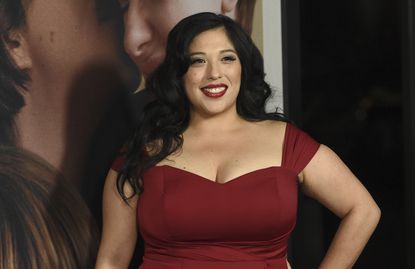 An actress getting bedbugs on a cruise – that’s a headline you don’t see every day. Princess Cruises is facing a hefty lawsuit over an incident back in Thanksgiving when Connie Flores and her husband were exposed to bedbugs on the Emerald Princess. As the ship was travelling from Los Angeles to Mexico, the couple were trying to celebrate their anniversary when the bugs attacked – yikes! Not to take a side here, but that doesn’t sound like the most fun thing ever.

Although the details are kinda…yucky…here’s what Flores had to say about the incident. “imagine yourself on a cruise at sea with your stateroom infested with bedbugs. There was nowhere to go. We were trapped. We felt helpless. There were bedbugs coming out of the pillows and the mattress, we felt betrayed.” They described being “feasted” on by the bugs, and shared plenty of photos of red bumps across their bodies and faces. Their lawyer went on to say that Princess “simply [was] negligent in providing safe premises.” The suit is for $75,000 for financial loss, personal injury, and distress.

Further, the suit offers these not so pleasant details: “[t]he bedbugs latched onto the [couple] while they slept and sucked their blood until they were gorged [… they] suffered from numerous bites and skin rashes, which caused pain, discomfort, annoyance, sleeplessness, inconvenience, humiliation, anxiety and emotional distress.” Does that sound like a long list of complaints? Well, yeah, but we would probably feel that way too, to be honest.

Flores claims that she and her husband told staff about the problem and asked for a new room, but that there were delays and refusals on Princess’ part. In response, Princess said that they couldn’t get into the lawsuit a whole lot, but that their crew is highly trained on bedbugs and that it’s unlikely the situation could occur. They said that “ALL staterooms are thoroughly inspected each month as a preventative measure” and that it “would be highly unusual for the presence of bedbugs to go un-noticed for more than the length of one cruise.”

Convincing words, Princess! But, the photos Flores has shared online are perhaps more convincing. Either way, it’s nice to hear the cruise line assert the fact that their staff is trained on the subject, as we definitely don’t want bedbugs in our staterooms on any cruise.

Maybe there is a silver lining to the whole situation though: Flores stated that the “ordeal has prompted us to be advocates and bring awareness to people who have been exposed to bed bugs.” Hey, that’s nice, right?