The P&O Aurora was just 110 miles into its 103-day cruise departing from Southampton when it turned back to the port. Reports indicated that even though the departure was delayed for another 10 days due to repairs required by the propulsion system, the ship was not going to be fit for the journey. It is estimated that the ship will require another five weeks of service at a shipyard which has yet to be determined.

Guests were forced to disembark after spending as much as $53,000 USD to enjoy this once in a lifetime cruise. The cruise line has confirmed that passengers will get a full refund as well as other financial incentives and discounts to use on a future cruise. It is believed that the incentives will work out to about 25% of the cost of the Aurora’s Grand Voyage as a credit toward a future cruise. The company’s biggest worry now is that this canceled cruise could represent a loss of as much as $26,000,000 USD to the cruise line for the year.

In addition to financial compensation, the cruise line made every effort to console their guests by inviting a number of entertainers and comedians to perform for patrons on the return trip to the home port of the Aurora. Sadly, the original itinerary had already been altered to account for the initial delays which included eliminating about 40 stops on the voyage and a homecoming via the Suez Canal rather than the Panama Canal. Acapulco, Barbados, Honolulu and San Francisco were among the ports of call that were removed from the adventure.

A great many people are speculating that the Aurora is a bit of a jinxed ship for many reasons. The ship entered service in 2000 and as the vessel was launched and blessed the ceremonial champagne bottle did not break. This is seen by many as a bad omen and indication that bad things are to come for the ship. Following the champagne debacle, the ship broke down in the Bay of Biscay on her maiden voyage. Then in 2003, an outbreak of norovirus took hold and eventually caused 600 passengers and crew members to fall ill.

Though many issues have followed the Aurora, the P&O Cruise Line has always done the right thing by their guests. Full refunds have been provided when the ship has failed to meet its itinerary and passengers have always been cared for in the most professional and luxurious manner possible. Hopefully, after five weeks of repairs, the Aurora will leave dry dock with a fully functional propulsion system and a new string of good luck following her. 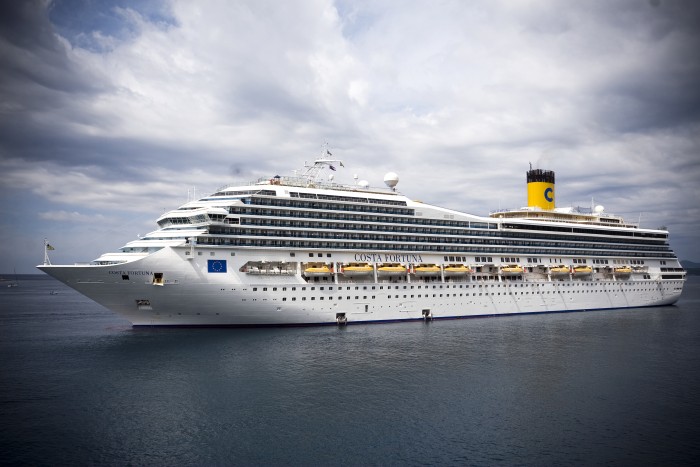 Article Name
P&O Cruise Line Cancels Around-the-World Cruise
Description
The P&O Aurora was just 110 miles into its 103-day cruise departing from Southampton when it turned back to the port and cancel the entire cruise due to engine issues.
Comments: 0 Posted by: Kathy Categories: Adventure Cruise, Cruise News, Everything Else, P&O Cruises

← Retiring to a Cruise Ship
Carnival Is Stepping Up Its Design →