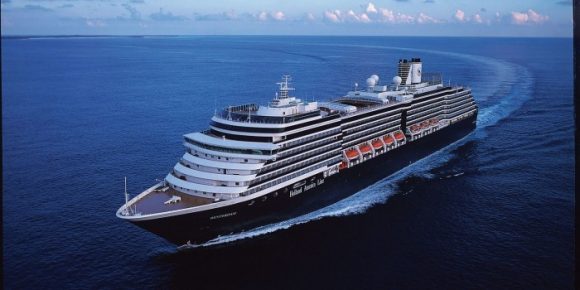 The Curious, Coronavirus Case of the Westerdam

There is currently quite the story brewing up aboard Holland America Line’s very own MS Westerdam. The ship is essentially stuck at sea, with worries about the ever-present coronavirus forcing Asian countries to put their ports on lockdown and not accept the ship. It’s a troubling situation for those stuck on the inside, as it’s unclear where the ship should go and what it should do. To get you up to speed, let’s take a look at everything that has happened with the Westerdam thus far.

The beginning of the timeline

The Westerdam set sail on February 1 from Hong Kong for what should have been a relatively normal two week long trip. Of course, Hong Kong is an area closely associated with the coronavirus, making a ship coming from there seem much like a threat to many. It left its port with nearly 1500 passengers and a little over 800 crew members. As of the time of leaving, there were no cases of corona on board. This fact has remained true throughout all of the ship’s rejections.

The plan was for the Westerdam to sail to Shanghai, China on February 15, with all of the passengers departing and a new cruise embarking from there. However, Holland America changed their minds just a few days before departure, saying that they would instead end the cruise in Yokohama, Japan. The rationale behind the decision was to make sure that the ship didn’t get too far into China, exposing themselves to higher chances of contracting the virus. They were also, just a few days into the trip, denied to dock at the Philippines, one of the planned ports.

On February 6, Japan alerted Holland America that the Westerdam was not welcome. In a statement, the Japanese government succinctly stated that they “will not allow Westerdam to call in Japanese ports,” making the whole country off-limits, not just Yokohama. At some point in all of this is when the cruise was also denied access to the Philippines. Things start to go downhill from here…

Following this, the Westerdam reached out to Thailand, where they received permission to disembark. The plan was to head to Laem Chabang, get the passengers off the boat and transfer them to Bangkok. After they got to Bangkok, the weary travelers could head home. Just a day after the news broke that they could go to Thailand, though, the country retracted their offer, saying they did not have permission to dock. From here, the U.S. secured permission from Cambodia for the ship. On February 13, the ship arrived there, with official saying that some of the passengers would need to have their blood tested. Because of this, no one was let off of the boat, and they are still wondering when they can get off.

All in all, the Westerdam and its passengers have been through quite the mess. Much of their trip has been spent in travel-limbo, with none of the passengers knowing where they are going or how long it will take. Hopefully it will all be resolved soon, but the story serves as a reference point for the craziness that the coronavirus is causing across the seas.