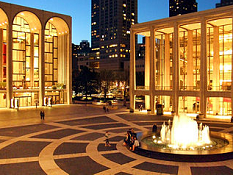 The Port City of New York: Things to Do and See Before Leaving on a Cruise

It is in many ways absurd to write about what you can see and do in New York before leaving on a cruise. One of the most famous cities in the world, bursting with culture and global significance, there is almost nothing you can’t do in New York City. For this reason, it is also somewhat questionable to refer to New York as a “port city,” as if the port is the reason New York is notable. (Then again, it is in fact a port city, and we’ve called other major cities “port cities,” so we’re comfortable with this label, even if it seems unbefitting of a city as grand as NYC.) Despite the overwhelming nature of our subject matter, we have put together some suggestions regarding the things to see and do before leaving on a cruise from New York. If you have some time before (or after) you set sail, you might consider a couple of the suggestions below.

By necessity, we will severely limit the geographical scope of this article by focusing on areas right around the port (or rather ports – more on that in a moment). If you have a full day or more, by all means check out as much of the city as possible. You can visit the famous touristic sights of the city (The Statue of Liberty, Times Square), or check out any of the thousands of obscure places that might appeal to a niche interest of yours. (Into magic? Considering stopping by the Conjuring Arts Research Center.) There are so many things to do with a significant block of time in the city that it’s vain to attempt to guide you. However, if you only have a small amount of time before you leave (say, two or three hours), you’ll likely want to stay near the ports.

Technically, the Port of New York is the Port of New York and New Jersey. It is all combined together into one enormous shipping system that serve the New York-Newark metropolitan area. Thus, cruises from New York are essentially cruises from New Jersey, and vice versa, and these cruises can leave from either the cruise terminal in New Jersey, or one of the two cruise terminals in New York. The cruise terminal in New Jersey is in Bayonne, and we have already written about the things to see and do before leaving on a cruise from Bayonne. So, that leaves us with “only” the two terminals on the New York side of the harbor, the Brooklyn Cruise Terminal and Manhattan Cruise Terminal.

Of the two, the Manhattan terminal certainly seems to be in the better location. However, if you are cruising from Brooklyn, there are at least a few parks right near the port, like Louis Velentino Junior Park and Coffey Park, which are probably better for hanging out in than the terminal itself. The same is true of Pier 44 Waterfront Garden, which is a nice place for a walk, and it also gives you a good view of the Statue of Liberty. (The same is true of Louis Velentino Junior Park.) Slightly further afield is Prospect Park, which has a zoo and the Brooklyn Museum, and in the same range of the port is the Green-Wood Cemetery, which has a maze of walkways and is quite beautiful. It’s a 175-year-old cemetery that is modeled on the Pere Lachaise Cemetery in Paris. Several famous people are buried there (at Green-Wood, that is), like Leonard Bernstein and Horace Greeley. (More recently, the artist Jean Michel Basquiat was buried there.) It’s something of a hidden gem that isn’t really a tourist sight, or at least it is not a major tourist sight, so it is worth checking out if you can squeeze in a visit before your cruise departs.

As for the Manhattan terminal, there are several notable things to check out in the area. The Intrepid Sea, Air, and Space Museum is essentially part of the port, so you could easily visit it before taking off on your cruise. The Lincoln Center of Performing Arts (which houses the Metropolitan Opera) is also right near the port, and although you likely won’t be able to see a performance at any of the venues at the center if you only have a few spare hours, you might be interested in visiting the area. It’s a beautiful complex of buildings, and plenty of historic performances have taken place there. Finally, Central Park is only a few blocks from the port, and you should have no trouble killing some time there. It’s obviously huge, so you couldn’t hope to see it all if you only have a couple of extra hours, but it’s definitely worth visiting even if you can only explore a corner. The Lincoln Center is also right by the park, so in a short walk you could get to Central Park and then pass through the Center on your way back to port.

Needless to say, we have only covered a small fraction of what is on offer in New York. We only discussed two small pockets of the city, and we didn’t even exhaustively cover these areas. However, we’ve pointed you to the highlights around the two cruise terminals in New York, so it shouldn’t be difficult to enjoy any time you have before or after your cruise.

Article Name
AAC - The Port City of New York: Things to Do and See Before Leaving on a Cruise
Description
It is in many ways absurd to write about what you can see and do in New York before leaving on a cruise.
Author
All About Cruises and More
Comments: 0 Posted by: Cruiser Evan Categories: Cruise Ports

← Spa Cruises: A Guide
Why Do Cruises Ships Fly Foreign Flags, or “Flags of Convenience”? →