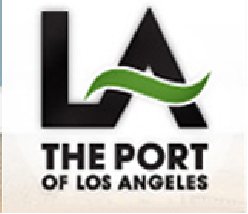 Truck Driver Strike at Port of Los Angeles is Over, but Tension Remains

First, we should note that although the strike has been closely associated with the Port of Los Angeles, it technically involves the Port of Long Beach as well, where terminals have been impacted by the striking. This isn’t of much practical importance, however, as the two ports adjoin each other and are essentially part of one mega-complex. So, the trucker strike is a multi-port strike, but only nominally so, and it is not as if the strike is affecting ports across the country. The strike is very much a regional issue. On a related note, the strike has been relatively small. The 120 truckers involved in the recent strike represent less than one percent of the 12,000 shorthaul truckers who serve the ports of Los Angeles and Long Beach. Moreover, the trucking companies for whom the strikers work operate only four percent of the total number of trucks registered at the two ports. So, the strike by no means crippled West Coast shipping during its five days, but cargo flows were nevertheless slowed.

Worker treatment and compensation are at the center of protests, and these issues have not been resolved. The truckers who were striking are classified by their companies as independent contractors. The protesters say this allows their employers to ignore labor laws that apply to employees, and they also argue they are compensated less because of their employment classification. Some drivers also allege that they endure poor working conditions that compromise their safety. The truck companies, as you might expect, deny these claims. To help arbitrate the dispute, the Los Angeles Harbor Commission will investigate the truckers’ claims.

So, while the strike has technically ended, problems remain and will likely remain at least until the commission’s investigation concludes, which does not appear to have a set timeline. It is unclear what (if any) demands of the truckers will be met, and a strike could resume more or less whenever. As of now, though, the truckers can at least return to work, and the companies have vowed not to take any retaliatory measures against the strikers.

Article Name
Truck Driver Strike at Port of Los Angeles is Over, but Tension Remains
Description
The Port of Los Angeles trucker strike is over, but only in the sense that workers aren't currently refusing to work.
Author
All About Cruises and More
Comments: 0 Posted by: Cruiser Evan Categories: Cruise News