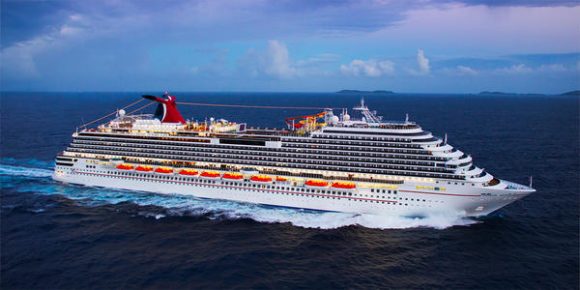 Behind The Scenes News from Inside the Cruise Industry

While many cruise lines aren’t sailing right now, there’s still a lot going on behind the scenes, as always. From new executives in major companies to major layoffs, there’s plenty to catch up on. Let’s take a look.

Carnival brought in a new chief operations officer on June 19: Josh Weinstein. The man has been working with Carnival for over a decade, serving as both their treasurer and an attorney for the company at different points in his career. He has also been directly overseeing Cunard and P&O Cruises for the past few years, and he will continue to do so in his new role as COO. As per Cruise Industry News, his “responsibilities will include oversight of major operational functions, including global maritime, global ports and destinations, global sourcing, global IT and global auditing.” Mr. Worldwide!

That’s right, Seabourn has a brand new president in Josh Leibowitz. His career has moved from working at a consulting firm to joining Carnival Corporation (the parent company of Seabourn) back in 2013. He worked his way up to being the senior vice president of Cunard North America a few years later, and now will work for Seabourn. In a statement, Leibowitz said, “Our main priority will be working together as we develop plans to resume operations and welcome our past and future guests onboard to create lasting travel memories.”

In a sad turn of events, Carnival UK has been forced to layoff a number of their employees. According to a statement from the company, “Following a period of collective consultation nearly a third of our shore based staff will very sadly be leaving our business on June 30 and another significant proportion will take a period of sabbatical.” We’re unsure how large this second “significant proportion” is, but it sounds like Carnival UK is facing some serious economic troubles due to coronavirus.

According to the company itself, Pullmantur is filing for a reorganization due to the economic impact of coronavirus. According to Cruise Industry News, the company is in dire straits, with crew members saying that they “are removing equipment and other fixtures” from Pullmantur ships currently.

It’s hard to gain a snapshot of an entire industry from a few news stories, but we can see that the effects of COVID-19 are still largely present for the cruise industry, even though some cruise lines are looking to the future and making changes to their staff. Only time will tell where these companies will end up.