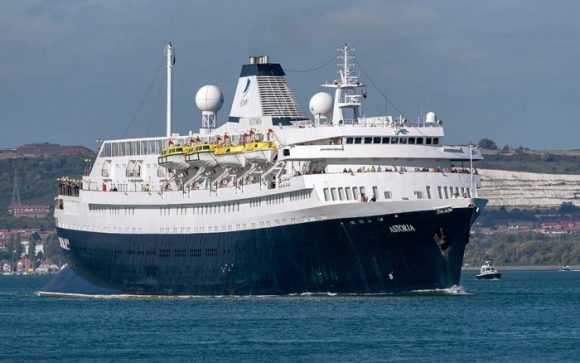 Here’s some news that probably sounds like it comes out of nowhere: five ships of CMV’s fleet have been detained by the British Maritime and Coast Guard Agency. This comes just a short bit after inspections of these ships by the authorities, who deemed that there was something off about them. Interestingly enough, it doesn’t look like this is about coronavirus…fully.

Several of the ships from CMV’s fleet have been laid up in England for quite some time now, and authorities went to inspect them due to expired contracts for some of the crew members that were working on the ships. The six ships that were inspected are the Vasco de Gama, the Marco Polo, the Magellan, the Astor, the Astoria and the Columbus. Of these six ships, all but the Magellan were detained, with the Magellan being given two weeks to address the issues that were identified during inspection (which, as of now, are unknown).

Why are they detained?

According to a statement from CMV, “the crew contract issues […] have largely contributed to the detention of five CMV ships,” and they are working on getting these issues sorted out. It isn’t totally clear why these issues exist right now, but it seems like they may be somewhat due to coronavirus not allowing certain crew members to be repatriated to their home countries. Because they are being forced to stay on these ships longer than their contracts allowed for, they are in violation of said contracts. Of course, this is mostly guesswork, as CMV hasn’t explicitly stated the reasoning. However, they have emphasized their focus on repatriation and have said they are beginning new talks with the Indian High Commission to get some of their crew members home.

Kinda. There are also rumors of CMV not paying their crew on time, but once again, this isn’t fully substantiated and it’s not clear how much this is playing into the current detention of their ships.

How long will it last?

It all depends on if they are able to get their crew home or not. It can be assumed that once they are repatriated and the contracts are no longer being violated, the British authorities will let the ships go.

In their own words, here is CMV’s statement on the issue. “CMV has in the past and is continuing to work hard to cooperate fully with the Maritime and Coast Guard Agency and to rectify the crew contract issues which have largely contributed to the detention of five CMV ships. We hope this issue has raised awareness of the plight of our crew with the various embassies and that they will now assist CMV with the repatriation of crew members, remaining countries have fully engaged in supporting CMV over the past two days. We are confident that with the sudden increase in support and help we will be able to repatriate the remaining crew ideally before the end of the month. CMV apologizes for any inconvenience or disruption that these issues may have caused for their highly valued crew.”

If there are any developments to this story, we will make sure to update our readers.