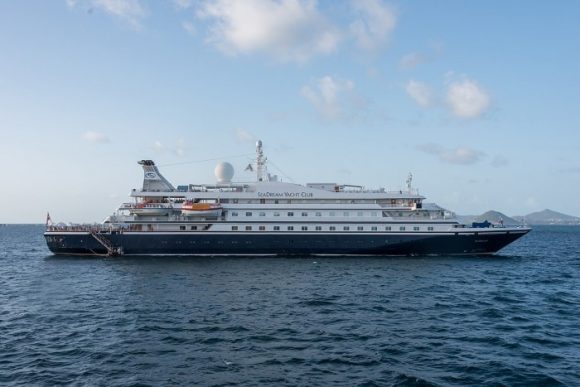 Coronavirus Outbreak on First Cruise to Sail in Caribbean Since March

There has been an outbreak of coronavirus on the SeaDream 1, the first ship to sail in the Caribbean since the beginning of the pandemic. The SeaDream cruise was meant to show off increased safety measures that would prevent COVID-19 transmission on board. It’s unclear if this outbreak will have any significance for further cruises in the area. Let’s check out all the details.

Sailing in the Caribbean

Sailing in the Caribbean hasn’t been allowed since March 2020, the start of the restrictions in the cruise industry. So how was the SeaDream 1 able to sail in the Caribbean? You might think that it has something to do with the new Conditional Sailing Order from the CDC, but it’s actually unrelated. Because the conditions involve a series of 15 test sailings, it would have been impossible for SeaDream to do that number of sailings in such a short amount of time. Instead, SeaDream was able to sail because their ships are so small. SeaDream 1, for instance, has a capacity of 112 guests and 95 crew members. This means that they fall under the 250 passenger limit that makes the CDC orders apply to them.

The outbreak was first reported on November 12th. Passengers were informed on the fourth night of their seven-night cruise that another passenger had tested positive for coronavirus. The ship then headed back to Barbados so that everyone could disembark. Before they arrived, however, six more guests tested positive, meaning the outbreak had spread to seven people total. Only 53 total guests were on the ship, and the 47 who tested negative were allowed to travel home immediately.

According to the cruise line itself, SeaDream has been using intense safety measures in order to prevent transmission of the virus. Ben Hewitt, one of the passengers of the voyage that was acting as a digital host for SeaDream, said, “It’s just so disappointing […] and we can’t see anything more that they could’ve done” to increase the safety of the guests. Some others, however, have been more critical. Gene Sloan, a reporter that was on the cruise, said that no one was wearing masks for the first half of the cruise. It was only until a few days into the itinerary that mask-usage was enforced.

This is undoubtedly a sad moment for the cruise industry, but it’s hard to say whether this will have a tangible impact in the future. The CDC has yet to speak on it. A letter from Senator Richard Blumenthal and Representative Doris Matsui, however, is currently asking for the CDC to reinstate a No Sail Order. We’ll keep you updated on the CDC’s response when it comes.

Article Name
Coronavirus Outbreak on First Cruise to Sail in Caribbean Since March
Description
There has been an outbreak of coronavirus on the SeaDream 1, the first ship to sail in the Caribbean since the beginning of the pandemic.
Author
Ben Mangelsdorf
Comments: 0 Posted by: Ben Mangelsdorf Categories: Caribbean Cruises, Cruise Lines, Cruise News

← A Look Back at the Cruise Lines that Have Closed Down due to Coronavirus
Hope for the Cruise Industry: CDC Plans, Coronavirus Vaccine, and Increased Bookings →