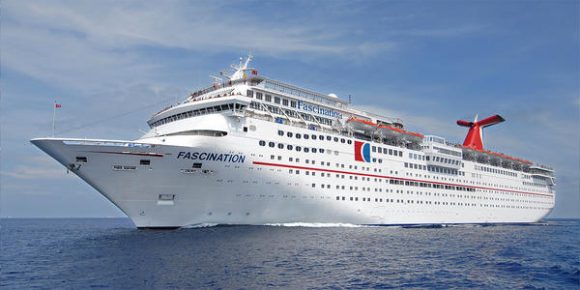 There are lots of stories that go under the radar every week in the cruise world. Most of the big stories right now are about coronavirus, which is very understandable (those quarantine stories are pretty exciting). This week, let’s take a look at a variety of stories that show different facets of the cruise industry’s current state. Sure, things are looking rough in some ways due to the new sickness, but there’s also plenty else going on!

On February 20, Norwegian Cruise Line Holdings’ (NCLH) announced the current financial state of the company, and things are definitely looking to be on a downturn. For those who don’t know, NCLH handles Norwegian, Oceania and Regent, so this problem is affecting multiple cruise lines. Frank Del Rio, the President and CEO of NCLH, had this to say: “we’ve seen a meaningful decrease in new bookings, we have seen meaningful increases in cancellations, not just for our Asia sailings, but throughout the deployment.” This is rough news, as it shows that customers are becoming wary of cruises in general, whether they are headed to coronavirus-associated places or not. It does seem, though, that things are slowly starting to get better, with Del Rio noting that he is “hopeful that we’ve seen the worst of the booking slowdown, and we can begin the healing process.”

Carnival moves one of its ships

Carnival Cruise Line announced on February 18 that it would be moving one of its ships, the Carnival Fascination. It is currently homeported in San Juan in Puerto Rico, but its new home will be Mobile, Alabama. The change is expected to take place on January 16, 2022. This will be a nice boon for Mobile, but will leave a hole in the Puerto Rican market. Carnival hopes to eventually bring a different ship back to San Juan after 2022, but it’s unsure what that plan would look like as of now.

American Cruise Lines is looking to continue its position as a leading player in the modern river cruise market by adding a new boat to its fleet. They announced that they plan to have a new vessel in the Columbia and Snake Rivers in 2021. It will have room for 190 passengers. The President of the company said that they “are not slowing down anytime soon,” so fans of American river cruises should be excited for the next few years!

So, there you have it. In some ways, coronavirus continues to take its toll, but in other places things seem to be going on the same as ever. Perhaps river cruises are the answer to all the industry’s current woes…? We’re not sure, but we like the sound of those sleek, new ships.

← The Health Benefits of a Cruise
The Oldest, Most Historic Cruise Lines in the World (a Brief History of Cruises) →