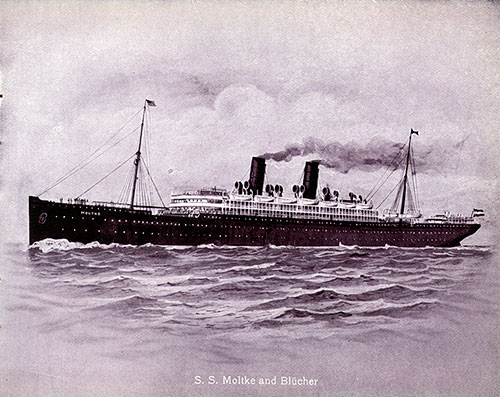 The Oldest, Most Historic Cruise Lines in the World (a Brief History of Cruises)

Sailing is, without a doubt, an ancient tradition. It’s said that the oldest boat in the world is from 7600 BC, and the first sailboats from 5500 BC. That’s a long time ago. While they were a far cry from the mega-ships of today’s cruise industry, it proves that the idea of traveling across bodies of water has been around for a long time. The concept of cruises has been around for somewhat less time, but it’s still existed for a while. If you’re curious just how long, wonder no longer! These are the oldest cruise lines in the world.

The Hamburg-America Line isn’t known as a cruise line, and that makes sense. It was technically a shipping company, though it does have a history in passenger ships. They commissioned the Prinzessin Victoria Luise specifically to be what we would refer to today as a cruise ship. It was deployed in the year 1900, and contained 120 cabins. It was designed to look very different than the shipping vessels of theirs, which consequently means it looks a lot more like a sailboat than a modern-day cruise ship. It was marketed towards the wealthy and made trips from America to the West Indies and Jamaica, among other ports. In 1906, the ship’s career was ended by running aground, and it’s now history.

Here’s a name you might be more familiar with. The Italian cruise line is said to have been founded in 1854, which is partially true. It was, much like the previous company, founded as a company largely concerned with cargo ships. It wasn’t until 1924 that the company changed hands and began to focus on cruises. In the late 40s, Costa was frequently going between Italy and South America. Operations gained a lot more steam starting in the 60s, and are obviously still going strong today.

So, yes, the cruise industry may not be as old as boats themselves (not much is), but it’s safe to say it’s over the hill at this point. It makes sense, and it shows the natural human inclination to get away from it all and just relax. P&O and Costa are still around today, so book a cruise with them if you’re looking to get a taste of that rich history!

Article Name
The Oldest, Most Historic Cruise Lines in the World (a Brief History of Cruises)
Description
Sailing is, without a doubt, an ancient tradition. These are the oldest cruise lines in the world.
Author
Ben Mangelsdorf
Comments: 0 Posted by: Ben Mangelsdorf Categories: Cruise Lines, Everything Else