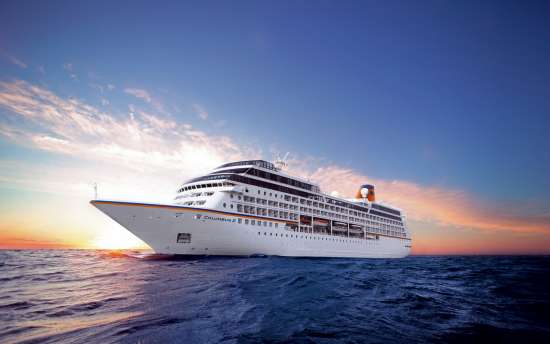 This week’s stories put the spotlight on art and pop culture while also recognizing how cruise ship vacations can have a life-changing effect on passengers’ lives.

Who doesn’t look forward to those creative and charming towel animals upon returning to their state room at night? Guests of Norwegian Cruise Line will offer them only by request soon. In a statement, the company said that its commitment to sustainability was a factor (can you imagine having to launder all those extra towels?

“Survey says…” that Carnival Cruise Line guests of the Mardi Gras’ first sailing in 2020 will be able to play an at-sea version of the family favorite television game show Family Feud, complete with a set that looks just like the one show host Richard Dawson made famous with his trademark style. According to Travel + Leisure, the game show will be offered more than once during the cruise, to accommodate both family and adult audiences.

Maybe you have a reputation for being an enthusiastic cruise fan but chances are good it will still take you a while to catch up with Florida’s Ilene Weiner. When all of her 291 Princess Cruise trips are added together, the 81-year-old has spent roughly seven years on a cruise ship! Weiner’s first was in 1989 and she’s been cruising along ever since.

You might be able to give this Florida couple a run for their money, but you’ll have to start soon – James and Judy Franklin take up to ten cruises per year, around 100 since 1972.

When Betsy Pepine booked her hard-earned cruise vacation, she expected only to relax and take a break from the hectic life of a hard-working single mom and entrepreneur. But after a sudden upset at the office knocked her equilibrium, she took advantage of the time away to find inspiration. She regrouped and rethought her company’s mission and goals, and nearly ten years later, she’s expanded her award-winning business.

And finally, for those who have often cruised and thought, “If only I could get a job here and stay!”, Disney Cruise Line is hiring. It’s a demanding job, with contracts that run four months at sea without interruption and 80-hour weeks, but you’d have the opportunity to live an insider’s life and see the world at the same time. Apply here.

That’s it for this weekly roundup. Have a great weekend, and keep cruisin’!