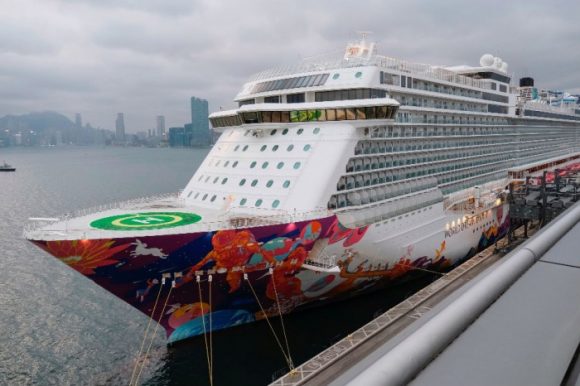 Some less than cheery news has floated in from Taiwan: the Asian state is, effective February 6, banning all cruise ships. This comes in light of worrying news and rumors about coronavirus on ships, in addition to lots of cruises in Taiwan and surrounding areas being cancelled. It appears that cruise lines will no longer have to deal with the difficult decision of whether to cancel a Taiwanese cruise or not, so we guess that’s sort of a silver lining to the not-so-silver situation.

The announcement came directly from the Taiwan Centers for Disease Control. Not a ton of information was given aside from the fact that the ban was happening. There isn’t a set date for the ban, and instead it is effective until they lift it. Taiwan is a pretty big port area for cruises, so this ban will end up having quite the impact. 112 cruises were scheduled to go there between now and the end of March, carrying 144,000 passengers. It’s unsure whether these cruises will be cancelled entirely or given new itineraries. Likely, it will be up to each individual cruise line, but we’ll see as time goes on.

This decision will end up having a large effect across the industry, but the first ship that will experience it will be Star Cruises’ SuperStar Aquarius. The ship, which fits over 2000 passengers and 700 crew, has its home port in Taiwan. The next step for the boat is not yet clear. Perhaps it will take a break from sailing for a bit and just sit in Taiwain. More likely, though, is that it finds a new port city and stays there until the ban is lifted. Again, we’ll have to wait and see on that one.

This news comes just a few days after the Taiwanese Coast Guard attempted to limit ships bringing in coronavirus. The original plan was as follows: “ships that have confirmed or suspected cases or [sic] coronavirus in the last 28 days are not permitted into Taiwan, nor are any cruise ships that have visited mainland China in the last 14 days.” Beyond this, ships with Chinese crews were also banned. The nation quickly realized that this wasn’t strict enough, however, leaving us with this new ban.

This is quite the issue for several cruise lines. Beyond the obvious cancellations, there is also the fact that many major companies were looking to redirect ships to Taiwan instead of China. Taiwan was being viewed as a safe zone to avoid the virus, but it now seems that its no longer an option. Like many other events that are bound to occur in light of this ban, it remains to be seen where these ships will go instead.