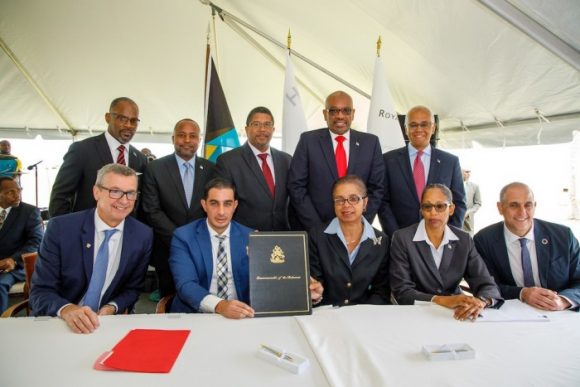 Fans of cruises to the Bahamas have Holistica Destinations to thank for the next amazing vacation. The company has announced that they are starting a brand new project on Grand Bahama, the fourth biggest island in the Bahamas. It involves both an expansion of the existing port on the island, as well as completely new construction designed to be an incredible resort. If you’re curious as to the details, let’s jump in!

What is Holistica Destinations?

Good question! Holistica isn’t exactly a household name for casual cruisers. This makes sense, as they are definitely more involved in behind-the-scenes aspects of the industry. The company is a joint venture between Royal Caribbean (who you probably know about) and ITM Group. The goal of Holistica is to create amazing destinations for travelers that also help to build up the economies of the places they are building in. Aside from the Bahamas project, they also plan to create cruise-centered resorts in Mexico, Japan and Honduras.

What is the Bahamas project?

The Bahamas project is, essentially, two projects. The first is called Harbour Village, and will be an expansion of the existing port in Freeport Harbor. There aren’t a ton of details available on this part of the project yet, but Mauricio Hamui of ITM Group assured the press that it will greatly increase the size of the harbor. This means that more ships will be able to come, and more travelers will be able to access the second part of the project: the Lucaya Property. It will be nine miles from Harbour Village and will have pretty much everything a vacationer could dream of. That includes a massive hotel, a huge shopping center, spas, water parks, a giant building for conventions and meetings, tons of crazy activities, places to eat, and more. As it stands, it basically sounds like a city. We aren’t complaining!

When will it be ready?

According to Hamui, they’ll be finished “in the winter of 2022.” It’s unclear if this refers to just Harbour Village, or both the port and the resort. There are a few other factors in play, as well. They need to figure out transportation, and are looking to partner with local Bahamian companies for both ground and ferry transportation.

Even though there’s enough detail to get excited about the Lacuya Property, there’s still plenty that will be revealed as time passes. For instance, it will be interesting to see if the resort specifically caters to Royal Caribbean ships, or if any ship can stop by. Either way, we’re looking forward to hearing more! 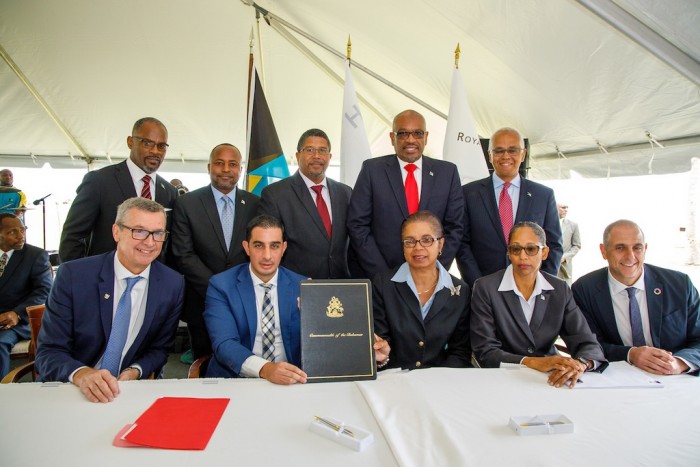 ← Seabourn Announces New “Sensational” Sale!
The Nicest Luxury Ships That Are Coming in the Next Few Years →