Carnival Cruises, one of the most popular family cruise lines out there, has created a new dress code for those that are on their ships. If you’re a frequent flier (so to speak) on Carnival, don’t worry, this isn’t rule about what you have to wear (such as having to be in black tie get-up) on their ships. Instead, the new clothing guidelines are targeting hateful or offensive images. While this has pretty much been an unspoken rule on their cruises so far (and pretty much everywhere), the new rules explicitly state what can and can’t be worn.

Interestingly, this new move isn’t in response to any specific event that has happened on Carnival ships. The company has stated that it is actually due to an incident on a United flight in October 2019, where a man wore a shirt that referenced lynching journalists. The shirt was construed not only as offensive, but also threatening (which is pretty fair). Carnival is largely acting now to prevent anything like this happening on their ships.

Explaining the decision, a spokesman for Carnival said: “we want to make sure that all of our guests feel comfortable when cruising with us, and that includes being around guests wearing clothing with inappropriate or threatening images or language.” He goes on to note that “like other cruise lines, we have long had some basic clothing guidelines in place, and our guests respect them and understand we are a family-focused business.”

These guidelines he’s referencing are what is in place for many dining rooms on Carnival ships. Specifically, you aren’t allowed to wear items like gym shorts, flip-flops or bathing suits. The new guidelines are much more specific and apply to all areas on their ships. “Specifically, items worn during the cruise should not contain any message that may be considered offensive or contain nudity, profanity, sexual innuendo/suggestions. In addition, clothing/accessories should not promote negative ethnic or racial commentary, or hatred or violence in any form.”

While terms like offensive are certainly subjective, Carnival plans to handle situations on a case-by-case basis, so we will have to see if any rule breaking actually happens. Additionally, it seems like most people support the move: an ambassador for Carnival did a Facebook poll to see how people felt about the changes, with 97% of responders saying they supported the move. At the end of the day, the company is trying to create a safer feeling environment on their cruises, something that definitely makes sense when Carnival’s family orientation is considered. 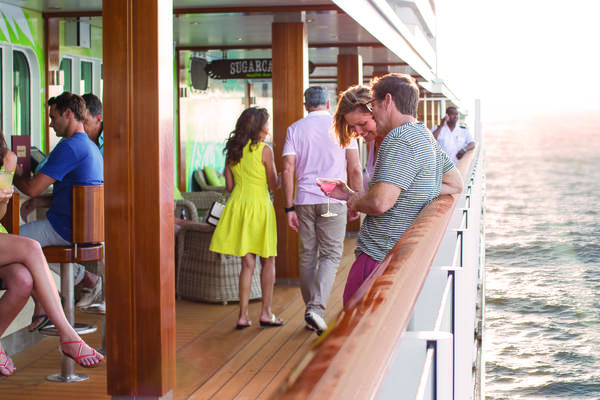 ← Four Questions to Ask Yourself When Planning a Cruise
Viking Cruises Expands to the Great Lakes, Announces New Ships Octantis and Polaris →