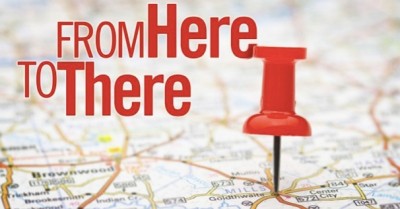 Here is a problem for cruise lines: they can’t offer cruises to some regions of the world all year, but they also don’t want the ships dedicated to this region to remain unused until the next season. The resolution to this problem is the repositioning cruise, a voyage that repositions (as one might suspect) a ship from one cruising territory to another. Repositioning cruises, which are also called “repo cruises” and “transitional cruises,” provide cruise lines with the additional benefit of allowing them to send their ships from one side of the world to the other while still making money from passenger fares. But the passengers benefit too, as the fares for repositioning cruises are often substantially discounted (relative to standard cruises). Our sense is that repositioning cruises tend to fly under the radar of the average cruise vacationer – a lot of people are not even aware of them – so we’ve outlined repositioning cruises below in case any of our readers are interested in pursuing them.

Not all cruise ships reposition during certain seasons of the year. Some cruise ships sail essentially the same itineraries all year long or at least stay in the same region of the world. (Many Mediterranean cruises, for instance, operate throughout the entirety of the year.) However, a huge portion of them do need to relocate at least twice during the year, often sailing south for the winter (to a place like the Caribbean) and north for the summer (to a place like Alaska). (For the record, “winter” and “summer” are often to be understood broadly when referring to a cruise season; both seasons can include the months that go right before and after them). Since the cruise ship remains in its new region for several months, a repositioning cruises is one-way. They also tend to be relatively long (around two to three weeks) and many days of the cruise are spent at sea. The cruise line is trying to get a ship from point A to point B reasonably efficiently to begin a new season, so you aren’t stopping at a lot of ports.

As is the case with most things, there are pros and cons associated with repositioning cruises, many of which are implied above. The pros and cons are essentially a matter of perspective, however. For instance, some might regard a cruise that spends many days at sea tedious and perhaps even disconcerting, whereas others regard this as a benefit because more days of the trip are dedicated entirely to relaxing on the ship. Cruises can be hectic with their multiple port stops, and some just like to float at sea and not even worry about getting off the ship. Similarly, the fact that repositioning cruises are one-way might be viewed as negative by many. It requires you to plan a more elaborate vacation that might include expensive one-way flight tickets home (among other things). Others might enjoy that the cruises are one-way because this allows you to see a larger stretch of the world in one sailing. Similar arguments can be made for and against repositioning cruises on the basis of their length and the time of year in which they occur. The one thing that is uncontroversially good about repositioning cruises is that they are generally cheaper than regular cruises, but even this might be challenged because of the cost of getting home (if this is necessary) after disembarking at the port of destination.

Those are, as promised, the basics of respositioning cruises. They are an attractive vacation option to a certain type of person, but they are viewed as more trouble than they’re worth by many. The average person with a regular job and a desire for a regular vacation probably wouldn’t be enticed to book one – they generally take a long time and they’re relatively uneventful. For those looking to relax for an extended period of time, however, they are essentially perfect. So, repositioning cruises are definitely worth keeping your eye on, but only if you are looking for a somewhat unorthodox cruise vacation.

If you want to learn more about repositioning cruises, check out the rest of the articles in our series about them:

← Family Cruise Packages
Repositioning Cruises: Who Can Take Them? →