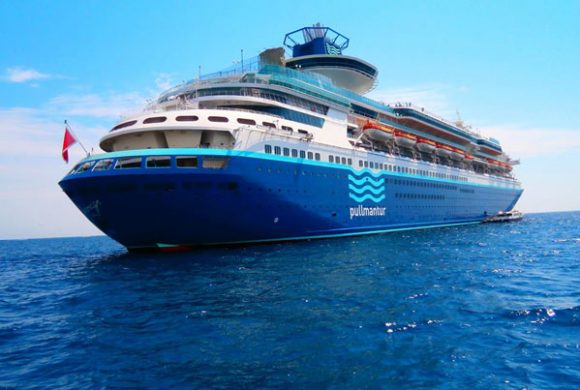 The Beginning of the End for Pullmantur?

It’s no secret that the coronavirus has had an adverse effect on many cruise lines in the industry (and for some companies, that’s putting it lightly). However, we haven’t really seen any cruise lines enter into a situation where it seems like the end is nigh. We have seen layoffs, loans, salary cuts and more, but no major cruise lines have disappeared off the map. However, recent news points towards Pullmantur being in dire straits. Could this be the beginning of the end for Pullmantur?

While not as big as cruise lines like Royal Caribbean or Carnival, Pullmantur has been a recognized name in the industry since around the early 2000s. They’re based out of Spain and have historically been the largest cruise line operating in the country. A number of ships have been traded through Pullmantur over the years, but as of right now, their fleet is only three ships: the MS Sovereign, the MS Monarch, and the MV Horizon. Pullmantur was bought by Royal Caribbean back in 2006, but a deal with Springwater Capital (a Spanish company) led to Royal owning 49% of the company, leaving Springwater with a majority.

Just a short bit ago, it was announced that Pullmantur was filing for a reorganization, which is usually not a very good sign. The reorganization made Royal Caribbean owners of the brand once again, and they didn’t seem to have grand plans for it. In fact, Pullmantur crew members seemed to immediately confirm this feeling of dread, saying that there were steps being taken aboard the ships that didn’t inspire confidence. Valuable items were being removed, and certain parts of the ships were being taken apart. Now, according to Cruise Industry News, “sources familiar with the matter” are suggesting that the three-ship fleet “could be heading for dismantling in Turkey.”

What does this mean?

While this could just be Royal Caribbean trying a radical restart for Pullmantur, it likely means exactly what it seems like it means: that Pullmantur’s days are over. Of course, the rumor of the ships being dismantled by Royal hasn’t been confirmed by the company yet, so we will have to wait and see if this ends up happening. If it does, though, this could have a large effect on the Spanish cruise industry, seeing as Pullmantur was their biggest cruise line.

We can only hope that this situation with Pullmantur doesn’t end up as grim as it seems. Losing Pullmantur would be a sad day for Spain.