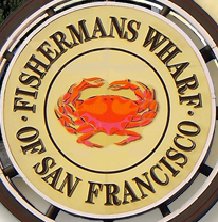 The Port City of San Francisco: Things to See and Do Before Leaving on a Cruise

San Francisco is one of America’s iconic cities, and should you find yourself in town before leaving on a cruise, there will be no shortage of things to see and do. However, vacationers setting off on a cruise often don’t have much time in the city of their departure, and their transportation options may be limited as well. In light of this, we have designed a guide of things to see and do in San Francisco strictly with cruise vacationers in mind. If you have some time before leaving on (or after returning from) your cruise, follow our lead to make the best of your time in the city.

The Port of San Francisco, out of which ten cruise ships owned by seven cruise lines operate, is in an excellent part of the city to kill some time. The port is located near the north-eastern corner of the city, slightly further north than the bridge that leads into Oakland (the San Francisco-Oakland Bay Bridge). The port overlooks the San Francisco Bay, and Treasure Island, the man-made island built during the late 1930s for the Golden Gate International Exposition.

The prime location of the port places it relatively near two of San Francisco’s most famous tourist attractions, Alcatraz and the Golden Gate Bridge, although the extent to which you can engage with these sights will of course depend on how long you have in the city. You’ll need a solid half day to tour Alcatraz – you’ll want at minimum a couple of hours to tour the prison on the island, and obviously it takes time to get to and from the island via ferry. For the Golden Gate Bridge, you’ll need at least a few hours if you intend to walk all the way across it, as again you need to account for the amount of time it takes to get to and from the bridge. However, with even a couple of hours to spare, you could fairly easily walk (or take a cable car) north to Fishermen’s Wharf, which will afford you a view of both Alcatraz and the Golden Gate Bridge. The view will be somewhat distant, but both will be clearly visible, and Fishermen’s Wharf, filled with seafood restaurants and street performers, is worth visiting anyway. So, even if you find yourself at the port without much time to spare, you can see Fishermen’s Wharf, Alcatraz, and the Golden Gate Bridge.

If your time is truly limited or you simply don’t want to leave the immediate vicinity of the port, there are still ways to pass the time. Sue Bierman Park, a nice cut of open space in the city, is right across the street from the port, and the Ferry Building Marketplace, which is filled with food vendors and small shops, is right by the port as well. You can obviously get food at the marketplace, but there are also lots of restaurants in the port area, so you won’t have any trouble eating or getting a drink in the area. Finally, the Exploratorium, a large science museum with tons of interactive exhibits to encourage hands-on learning, is essentially built into the port (it’s on Pier 15), and this could be visited before or after your cruise too.

It goes without saying that San Francisco has much more to offer than what we have listed above. We have, after all, limited ourselves to one corner of city. However, there is a lot packed into this part of the city, and being at the port places you in relatively close proximity to a couple of San Francisco’s most iconic attractions. So, you shouldn’t have any trouble finding things to see and do before or after your cruise, and getting in as much as you can will only enhance your overall vacation.

Article Name
The Port City of San Francisco: Things to See and Do Before Leaving on a Cruise
Description
We have designed a guide of things to see and do in San Francisco strictly with cruise vacationers in mind.
Author
All About Cruises and More
Comments: 0 Posted by: Cruiser Evan Categories: Cruise Ports