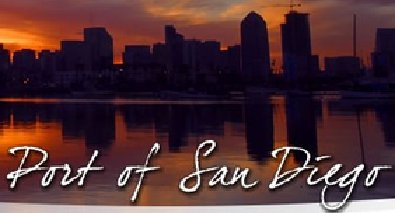 The Port City of San Diego: Things to See and Do Before Leaving on a Cruise

San Diego is a nice place to find yourself if you have some spare time – like before leaving on a cruise, for instance. As is the case with most large American cities, there are plenty of things to see and do in San Diego, and we have highlighted a few sights and activities in particular that could be experienced before or after a cruise. If you have multiple days in San Diego, you can essentially do whatever you want, and this obviously includes what we list below; however, we have made recommendations with cruise vacationers in mind who may only have a few hours to spare. So, what we write shouldn’t be taken as an exhaustive list of all that San Diego has to offer. We are only writing, as the title implies, a list of the things to see and do before leaving on a cruise (or after you return).

San Diego is one of the four big ports that offer cruises from California. While not quite as much of a hub of cruise activity as Los Angeles, there are nevertheless lots of cruises that leave from San Diego throughout the year. Five different cruise lines operate out of San Diego, and these cruise lines cover the range of possible cruises you might want to take. You can take a cruise with one of the major lines like Holland, Royal Caribbean, or Celebrity; you can take a family cruise with Disney; or you can take a luxury cruise with Crystal. These cruises go all over the world, although for geographical reasons cruises to places like Hawaii, Mexico, and the Panama Canal are especially abundant. All of this is to say that vacationers on a number of different cruise lines that sail to several global destinations could find themselves in San Diego with time on their hands. If you are one of these people, there are ways to fruitfully spend your time.

The Unified Port of San Diego, to use its official name, is located in San Diego Bay. It is only about six miles south of San Diego International Airport, making it a fairly convenient place to sail from if you are arriving to the city by plane (as you likely will be unless you live in the area). And if you are arriving at the airport, you will actually go by one of San Diego’s top sights en route to the port, the USS Midway Museum. The USS Midway is a massive aircraft carrier that was used by the Navy for nearly 50 years. There are still real jets on the deck of the ship, and you can sit in the cockpits of some if you are so inclined. Near the USS Midway is Balboa Park, a large slice of open space in the heart of San Diego. There are lots of things in the park, including a number of museums and the Old Globe Theatre, one of best regional theaters in the U.S. (If you are in town for the night before the cruise and you like the theater, a show at the Old Globe is highly recommended.)

The military museum and the park are great places to spend time, and they are closer to the port than essentially all of San Diego’s major sights, but they are still a few miles away. If you are confined to the area immediately surrounding the port because of time or transportation restrictions, it probably isn’t realistic to go to either place. Fortunately, though, there are a couple of things to see right by the port. First, part of San Diego’s port is a Naval Base, and while you obviously can’t just walk around an active Naval Base with no restrictions, it is still fairly cool to behold from whatever vantage point you can get to. It is the largest Naval Base on the west coast of the U.S., and it is still very much in operation. Kimball Park, which is right by the National City Public Library, is near the port as well, and you could easily get there and back in a couple of hours. Finally, it worth making the obvious point that San Diego is in Southern California, and whatever else may be the case about this region of the country, the weather is amazing almost every day of the year. When the sun is shining and you are overlooking the Pacific Ocean, you might be perfectly content to sit somewhere in the port and relax, even if you have a couple of hours to spare.

As we said up front, this is very far from an exhaustive breakdown of all that San Diego has to offer. However, our suggestions are worth considering, especially if you have limited time before or after a cruise.

Article Name
The Port City of San Diego: Things to See and Do Before Leaving on a Cruise
Description
San Diego is a nice place to find yourself if you have some spare time - like before leaving on a cruise, for instance.
Author
All About Cruises and More
Comments: 0 Posted by: Cruiser Evan Categories: Cruise Ports

← Costco Cruises from Los Angeles
The Port City of San Francisco: Things to See and Do Before Leaving on a Cruise →