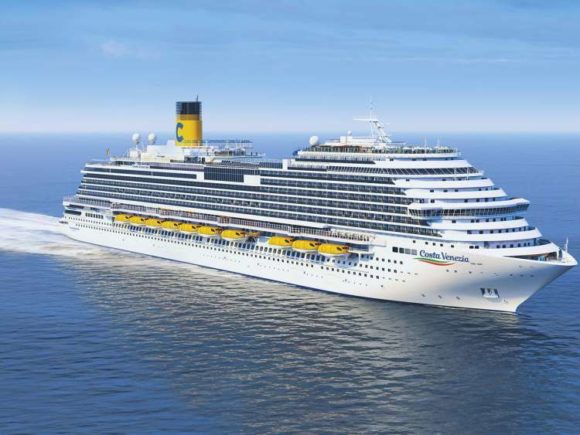 For the most part, most major cruise lines get very good reviews. The biggest names like Royal Caribbean and Princess aren’t just affordable, but they’re also high quality. That’s what has allowed them to become so successful in the competitive cruise industry. But with that said, there are a few cruise ships out there that have received very poor reviews. If you’re curious as to which ships are generally regarded as being the worst, here are three solid candidates.

Costa has thirteen ships in its fleet, and most of them are quite well-received. In 2019, however, they introduced a ship that has since garnered a very poor reputation. Costa Venezia currently has a 1.5 out of 5 overall rating from travelers on Cruise Critic, and it doesn’t seem like that will be changing anytime soon. There are many different criticisms levied at the ship, but one of the biggest is that the lines were unacceptably long and slow. Multiple cruise passengers even said that the ship turned them off of Costa for life and that they would only sail with other cruise lines in the future. Sounds like a pretty bad experience to us.

Carnival Sunrise is a ship that, at first glance, seems to offer the classic Carnival experience that we all know and love. It has gotten good reviews from professional critics, but multiple guests that have cruised on the ship have given it very bad reviews. It currently holds a 2.9 out of 5 on Cruise Critic. While some travelers seem to have had no problems with the ship, others have referred to it as underwhelming and have said that the food was disgusting. It seems like a very polarizing ship. Perhaps the time off from COVID has given Carnival the chance to revamp this one!

Checking in around 140,000 tons with a max capacity of around 4000 passengers, MSC Preziosa is sadly not one of the most popular ships in MSC’s fleet. It has generally alright reviews, though there are a few that highlight the fact that some people just absolutely hate this ship. One guest recounted getting food poisoning on the ship and then being subjected to awful service. Another guest gave the ship a 1 star review and also criticized the food, saying that it was never hot. It seems that some people find nothing wrong with this while others have major problems, possibly pointing to the fact that some itineraries go very poorly while others have no problems.

In the end, every cruise experience is subjective. If you want to up your odds of having a good time, though, you may want to avoid these vessels.