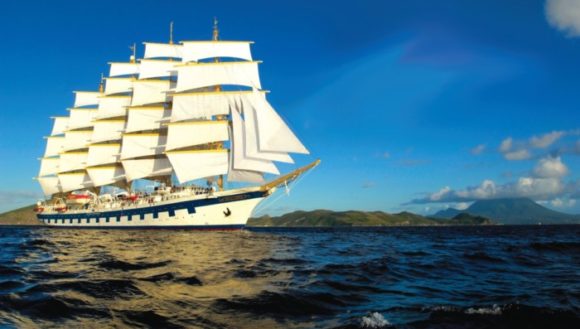 Want to Go On a Cruise Ship With Sails? Here Are the Coolest Options

Most modern cruise ships are the antithesis of sailboats. They’re more like floating cities than anything else. But what if we told you that you could actually go on a cruise on a ship powered by sails? No, you don’t need to sacrifice the luxury and comfort that you’ve likely become accustomed to on other ships. Sail-powered cruises are both stylish and comfortable. There may not be many out there, but almost all of them are meticulously designed. Here are some of our favorite options.

The aptly-titled Wind Star from Windstar is one of the most iconic and popular sail-powered cruise ships out there right now. Windstar is regularly ranked among the best small cruise brands, though only half of their ships are actually powered by the wind. Wind Star is one of them, and it has truly stood the test of time. First introduced in 1986, Wind Star is the ship that this cruise line built their brand around, and it’s easy to see why. It has a certain elegance that suggests a day out on a close friend’s yacht rather than an excursion on a party ship. The max capacity of 148 passengers ensures you get the intimacy that you’re looking for on a ship like this.

Another eponymous ship, Ponant’s Le Ponant is similar in many ways to Wind Star. They are both small, all-white ships that offer an authentic sailing experience. Le Ponant has a much smaller max capacity, though. Only 64 guests fit onto the ship, and it is only slightly bigger than half the size of Wind Star by most metrics. That means that this is an ideal choice if something like Wind Star isn’t exclusive enough for you. The elegance of this ship also can’t be overstated, and it does a great job of capturing the French spirit at the heart of Ponant’s brand.

Let’s take a step in the opposite direction for a second. Royal Clipper, a ship from lesser-known brand Star Clippers, is one of the largest sail-equipped cruise ships in the world. With that said, though, it’s still not all that large. The max capacity sits at a comparatively high 227 guests. This higher occupancy is accompanied by a more casual atmosphere, making this an excellent choice if you’re just transitioning from mega-vessels to smaller sail-powered ships. It also trades out the simplicity of the two aforementioned ships for a busier look with a myriad of different sails and colors.

Sail-powered ships are a thing of beauty, and we definitely think every cruise traveler should try them out at least once. There are even plenty of options beyond these three, so do some research and find the best fit for you! 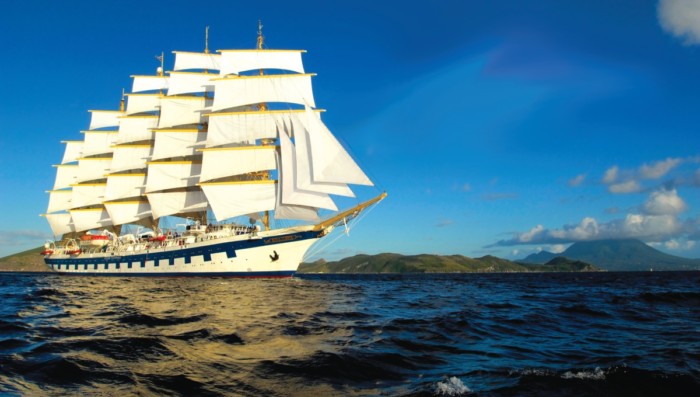 Article Name
Want to Go On a Cruise Ship With Sails? Here Are the Coolest Options
Description
Most modern cruise ships are the antithesis of sailboats. But did you know that you can actually go on a cruise on a ship powered by sails?
Author
Ben Mangelsdorf
Comments: 0 Posted by: Ben Mangelsdorf Categories: Cruise Lines, Everything Else, Windstar Cruises