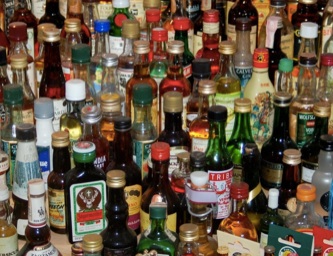 Many travelers look at the rules prohibiting passengers from bringing their own alcohol on board as just another way to make more money from the already “captive audience”. These people pride themselves on being able to sneak alcohol onto the ship in their luggage using flasks designed to look like a shampoo bottle or in a specially designed plastic bag “flask” that can easily be concealed among clothing. But there are far more important reasons other than the profit margin that requires the crew of the cruise ship to maintain control of the alcohol and its consumption while guests are on board the ship.

While cruise ships are in international waters, passengers who are 18 to 20 can purchase and consume alcohol with the consent of a parent or guardian in most cases. The exception to this rule is in Alaska and Hawaii where you must be 21 to purchase or consume any alcohol. When on a cruise ship, it is the responsibility of the crew to maintain that rule and the only way to do that is to control the alcohol. This eliminates the chances of another guest allowing an underage person to drink on the ship or making it easier for those who are underage to sneak a drink or two from unsuspecting adults.

Consuming Alcohol in Excess Can Contribute to Bad Behavior and Disturbances

Those who consume alcohol responsibly are not a problem for the crew or for other passengers. But those who overindulge and then become rowdy or abusive are an issue for both other travelers and the staff members who are asked to defuse the situation. So these few “troublemakers” are the reason that bartenders and servers on a cruise ship have the right to refuse to serve anyone who appears inebriated.

Many cruise ships now allow each passenger who is of legal drinking age to bring one bottle of wine or champagne onboard before the cruise. And these bottles can be consumed in the passenger’s cabin or for a small uncorking fee in a dining room. However, if a passenger is caught trying to smuggle additional alcohol onto a cruise ship it is going to be confiscated. Some cruise ships will store the alcohol and return it as the guest is departing but others will dump the alcohol immediately. Either way, the passenger should expect to be observed by the crew for the entire cruise as they have now been quietly labeled a “rule breaker”.

To make your cruise more enjoyable and completely relaxing, it is just simpler to abide by the rules, purchase your beverages in a responsible manner and not try to achieve the “rum runner” status.

Article Name
Why Cruise Lines Don’t Allow Passengers to BYOB
Description
Many travelers look at the rules prohibiting passengers from bringing their own alcohol on board as just another way to make more money but there are far more important reasons other than the profit margin that requires the crew of the cruise ship to maintain control of the alcohol and its consumption while guests are on board the ship.
Author
Kathy
Comments: 0 Posted by: Kathy Categories: Cruise Lines, Everything Else