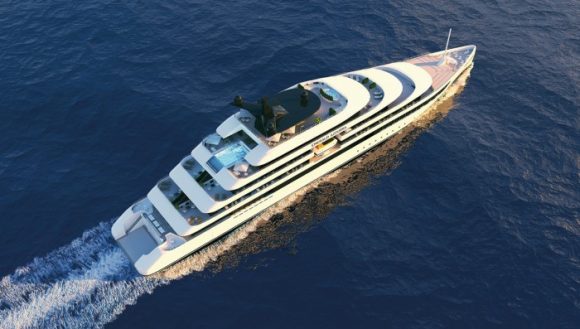 Are Small Cruise Ships the Way of the Future?

The idea of small cruise ships being one possible solution for the cruise industry’s struggle against the coronavirus pandemic is one that has been floated around for a bit now. We have already seen some European lines utilize small ships to have some safe sailings, and many in the industry are starting to wonder if this is an idea that could potentially carry some serious weight.

The benefits to using small cruise ships during a pandemic are pretty obvious. First of all, it allows you to continue sailing and making revenue without risking exposing incredibly large groups to the virus. Smaller groups are also more easily controlled and monitored. For instance, it is far easier to keep up with the health status of 100 or 200 people than 5000 people. Cruise lines may be able to stop outbreaks before they start, in those cases. Smaller groups also come with the added benefit of having to perform less health screening and virus testing before letting anyone on board, which makes the process much easier for cruise lines. Additionally, small cruise ships are exempt from rules like the CDC’s No Sail Order, which only applies to ships with a capacity of 250 or more.

For cruise lines that aren’t already equipped with small ships in their fleet, this poses a pretty obvious downside. If this is the way the cruise industry operates for the foreseeable future, they will have to invest in small ships in order to stay relevant, and it may be challenging to have the capital to do so. Plus, what will they do with their small ships once the pandemic ends and people feel fine on larger vessels once again? There is also a pretty potent downside to this idea in general: smaller ships are harder to social distance in. Sailing a massive cruise ship with a limited capacity would allow travelers to avoid other people whenever they wanted. This is much less possible on a more cramped ship with tighter spaces.

Regardless of the pros and cons, it seems that the public is into the idea of cruising on smaller ships. A new survey asked travel agents about their bookings and what percentage of them were for small or river ships. A majority of agents said that smaller ships made up between 25% and 50% of all of their current bookings, with a huge percentage of agents also saying that small cruise bookings had increased by a noticeable amount in recent times.

So the demand is there for small cruises, but will this end up having a real impact on the industry? It’s hard to say, but it seems like it well help smaller companies make it out of the pandemic intact, which is a great thing.

Article Name
Are Small Cruise Ships the Way of the Future?
Description
Many in the industry are starting to wonder if this is an idea that could potentially carry some serious weight.
Author
Ben Mangelsdorf
Comments: 0 Posted by: Ben Mangelsdorf Categories: Cruise News, luxury cruise, River Cruises