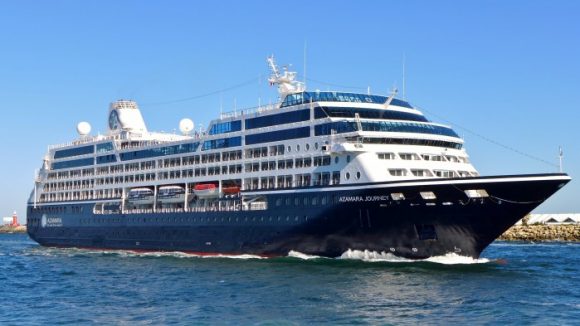 Azamara Being Sold by Royal Caribbean to New Owners

On January 19th, Royal Caribbean Group revealed that they will be selling the cruise brand Azamara to a new owner. Azamara was previously one of the four cruise lines that Royal Caribbean owned in full, with the other three being the titular Royal Caribbean International, Celebrity Cruises, and Silversea. Why is Royal selling one of their flagship cruise brands, and who will own Azamara from now on? Let’s check out all the details.

A relatively lowkey name in the cruise world, Azamara is one company that might not sound familiar to some of you out there. This cruise line has been around since 2007 and is known for offering high-end luxury cruises. Their ships are pretty small, with none of them having a max capacity of more than 700 guests. They have a total of three ships in their fleet: Azamara Quest, Azamara Journey, and Azamara Pursuit. If you want to find out even more about this cruise line, check out our profile on them over here.

There are some details that we still don’t know about this sale, but here’s what we do know. Azamara has been sold to a company called Sycamore Partners for a total of $201 million. Sycamore is taking control of every aspect of Azamara, including the three ships in the Azamara fleet. Although the deal hasn’t officially gone down yet, it is expected to be complete within a month or two.

We should all be quite familiar with Royal Caribbean Group at this point, so let’s take a look at Sycamore Partners. Sycamore is a company that invests in the consumer and retail fields. Based out of New York, they are known for buying out other companies. Some of the other companies that they own include Hot Topic, Torrid, Talbots, and Staples. It is interesting to note that Sycamore doesn’t really own any other travel companies, making their purchase of Azamara a bit surprising.

With this being a very new deal, it’s hard to say how this is going to impact Azamara’s future. The CEO of Royal expressed optimism about Azamara’s continued growth with Sycamore, though, which is a good sign. Sycamore hasn’t detailed their plans for the brand, but it doesn’t seem like they are going to be changing things up. The managing director at Sycamore said that they expect to “build on [Azamara’s] many years of success” and that it will “remain a top choice for discerning travelers as the cruise industry recovers over time.”

As for what Royal Caribbean Group will be doing with the money from the sale, we can only speculate. We would guess that having that kind of cash is helpful in an uncertain time like now!