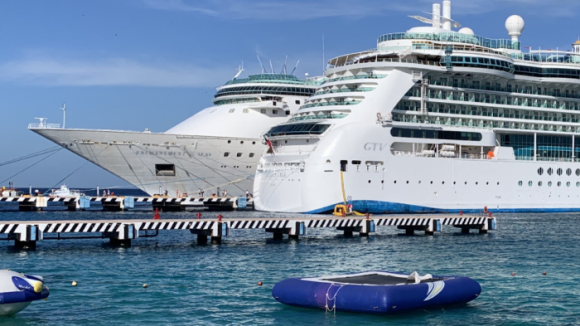 CDC Confirms September as End of No Sail Order – For Now

Here’s one rumor that has been swirling around that can finally be confirmed: the CDC’s No Sail Order has indeed been pushed back to September. People have been talking about this as a likelihood for quite some time now, but the CDC has been relatively silent about it. We have had multiple cruise lines cancel sailings throughout the rest of this summer (and the rest of this year, for that matter), as well as a decision from the CLIA about when their cruise lines should sail again. However, we now have a new, overarching order from the CDC. Let’s check it out.

The biggest thing to know about the extension to this No Sail Order is the date when cruise lines will be able to sail again. The previous date was July 24th, which is obviously a bit early based on the spread of coronavirus still being prevalent in both the United States and many other countries. The new date for when the No Sail Order will go through is September 30th, meaning it won’t be until October that ships can sail again, and that’s if they don’t extend it again.

Could it be lifted earlier?

Well, anything is possible. But if we were betting people, we would wager that it probably won’t be lifted any earlier than October. There are two built-in provisions to the No Sail Order that would allow it to end earlier, however. The first is if COVID-19 is no longer declared a public health emergency by the Secretary of Health and Human Services. The second is if the CDC director, Robert R. Redfield, decides to rescind the order based on new information (such as the virus somehow going away or a vaccine being widely spread). Personally, we aren’t really counting on either happening…but it would obviously be nice!

Who does this affect?

According to the CDC itself, “This order continues to suspend passenger operations on cruise ships with the capacity to carry at least 250 passengers in waters subject to U.S. jurisdiction.” So nothing has changed there. It should be noted that this extension of the order won’t hit cruise lines quite as hard as the original order did, however. Most cruise lines with ships that carry more than 250 people have already suspended their cruises until October or are part of the CLIA no sail pact.

We all pretty much knew it was going to happen, but now it’s confirmed. Hopefully this date is the final one, but we’ll have to wait and see if the CDC ends up extending this order once again once September comes.

Article Name
CDC Confirms September as End of No Sail Order - For Now
Description
Here's one rumor that has been swirling around that can finally be confirmed: the CDC's No Sail Order has indeed been pushed back to September.
Author
Ben Mangelsdorf
Comments: 0 Posted by: Ben Mangelsdorf Categories: Cruise Lines, Cruise News