Carnival Corporation is planning on making some serious changes to its fleet, according to the company itself. We have come this far into the pandemic without many ships being sold or traded, but it seems that many cruise lines are reaching their financial limit. This is forcing them into rethinking what ships they need moving into the future, with companies like P&O and Holland America selling some of their signature vessels. With Carnival Corporation owning so many different cruise lines, an announcement like this is bound to worry cruise fans. Let’s see what details are currently available about this news.

What ships are being sold?

This is probably the biggest question on everyone’s mind, and we sadly do not know quite yet. What we do know is that Carnival is planning on selling a total of 13 ships by the end of 2020. One of them has already been sold (P&O’s Oceana, as P&O is owned by Carnival), five unnamed ships have concrete agreements in place, and Carnival is in negotiations to sell three more ships right now. These nine ships are in addition to four ships that were already planned to be sold. All 13 ships were indeed going to be sold at some point, though not nearly as soon as they now must be due to the financial impact of the coronavirus. According to Carnival, the 13 ships will all be sold within 90 days of July 13th.

What ships could they be?

It’s pretty much useless to speculate at this point, but we know that the 13 ships will belong to multiple different Carnival cruise lines. This means that the ships could be coming from any of the following brands: AIDA, Carnival, Costa, Cunard, Holland America, P&O, Princess, or Seabourn.

In addition to the selling that will take place in the next few months, Carnival has also been forced to delay some of the new ships that it was expecting to be delivered in 2020 and 2021. Nine new ships were expected by the end of 2021, but that number has now been reduced to just five ships. The other four will hopefully be delivered at some point in 2022 or 2023.

This news can be taken two different ways. In one sense, it’s certainly alarming, and makes it seem like Carnival is in a difficult financial situation. In another sense, one could just view it as Carnival making shrewd decisions to help them get through the pandemic and emerge as strong as ever. In fact, their CEO said that these decisions will help them “emerge a leaner, more efficient company to optimize cash generation.” Time will tell if this ends up being true. 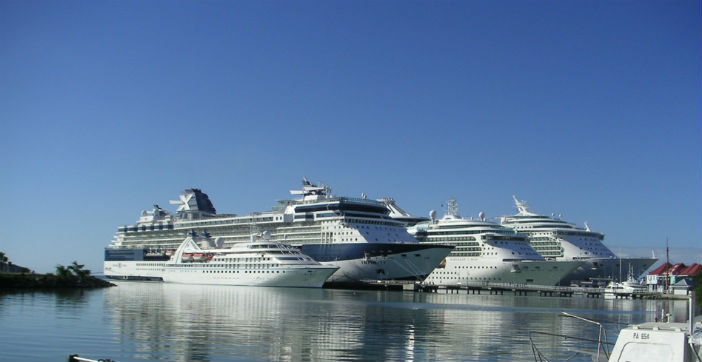 ← Holland America is Selling Ships, Fred. Olsen is Buying
CDC Confirms September as End of No Sail Order – For Now →