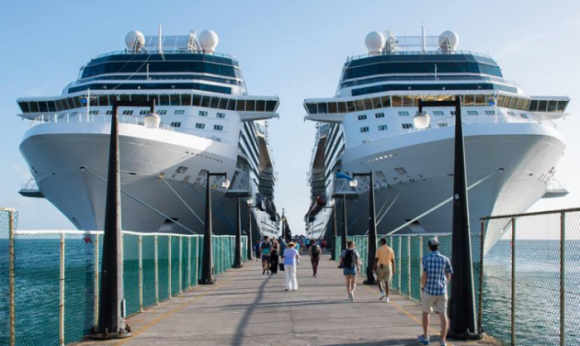 In terms of cruises, the United States has been at a standstill. While other countries (in Asia and Europe in particular) have slowly been able to get back into business, the steady coronavirus situation in America has not yet allowed for this. Different cruise lines throughout the U.S. have been developing new and safer ways of sailing, but none of this amounts to much with the current No Sail Orders from the CDC and the CLIA.

As the time that the U.S. cruise industry has been on pause grows longer and longer, officials within the industry are starting to speak up. In their eyes, the cruise industry is being unfairly singled out despite their newly developed health protocols. Unless sailing is allowed again soon, many cruise lines will start to suffer financially even more than they already have been.

It was this that was discussed at a recent meeting of the Miami-Dade County Tourism and the Ports Committee. Many CEOs and other high-ranking officials from cruise lines spoke. Here are some of the things they had to say.

The CEO of Norwegian

Among everyone who spoke, it was the CEO of Norwegian, Frank Del Rio, who had the strongest words. In his speech, he addressed three points. The first was that the new health protocols that are being developed are highly important. He said, “We are confident of our protocols. We are confident we can operate safely in this COVID-19 world.” He added that “we as an industry, we as a society, have learned a lot on how to live alongside COVID.” His second point was that the continued pause in suspensions was harming thousands of workers. “We are effecting [sic] the 1000s of employees and their families and their children. […] The cruise industry is close to devastation.” Finally, he made it clear that the cruise industry was being unfairly targeted. “I want someone to tell me how it’s possible how COVID-19 transmission doesn’t occur on airplanes when you’re sitting four inches away from someone in a middle seat, yet it happens on a ship that is nearly 200,000 tons. It is unconscionable what’s happened to the cruise industry.”

The CEO of Carnival

The CEO of Carnival, Arnold Donald, talked about many of the same points that Frank Del Rio did. He noted the negative financial effects on the pause before stressing how cruise lines could sail while keeping both travelers and port communities safe. “We want no one to experience a greater risk on a cruise ship than they would in shoreside activities,” he said.

Plenty of other speakers at the event hammered home the point that cruise lines could sail in a very safe manner. The chairman of MSC Cruises USA talked about how MSC has been able to operate safely overseas, suggesting that the same could be done here. The president and CEO of Royal Caribbean also noted that it was not only cruise lines that were hurting. According to him, the economic fallout has been felt internationally, with many port cities that rely on tourism suffering.

It definitely seems that those inside the cruise industry are ready for a return to service. We will have to wait and see if their desires make any difference.

Article Name
Cruise Industry Officials Blast the U.S. for Singling Out the Cruise Industry while Airlines Get to Fly
Description
The state of the cruise industry was discussed at a recent meeting of the Miami-Dade County Tourism and the Ports Committee.
Author
Ben Mangelsdorf
Comments: 0 Posted by: Ben Mangelsdorf Categories: Cruise Lines, Cruise News, Cruise Ship Jobs

← A New Cruise Line for Norway: Havila Voyages
Customers Want Cruises to Start Up Again and Cruising to be Allowed →