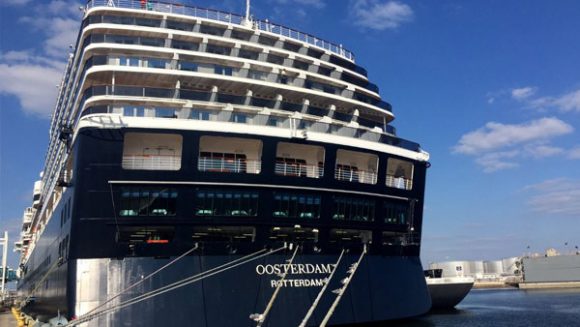 May Brings Major Cruise Cancellations That Extend Until Next Year

One of the main trends that can be tracked among cruise lines has been their tendency to frequently push back the date they plan to re-open. This makes lots of sense, and is a sad consequence of the current situation that we are all dealing with around the world. Coupled alongside these push-backs has been a fair amount of cancellations of itineraries entirely. This continues to be the case this month, with several large cruise lines announcing pretty major cancellations that will affect a variety of regions across a number of months – unfortunately, we aren’t just talking about the summer here. Here are the biggest cruise cancellations that have happened so far this month.

Princess will be cancelling a number of the remaining cruises in their summer season. This includes the Alaska itineraries on both the Emerald Princess and Ruby Princess, cruises to Australia aboard the Sapphire Princess and Sea Princess up until August, European cruises on Enchanted Princess, Regal Princess, Crown Princess, Island Princess and Sky Princess, among some other cancellations. They are also cutting down on their fall season, with Japan-based cruises through fall being cancelled on the Diamond Princess. Additionally, the itineraries heading to Hawaii and the surrounding area will be cancelled through November.

Seabourn won’t be sailing at all this summer, and all itineraries up until at least November are cancelled. Here’s a ship by ship overview. The Seabourn Quest and Seabourn Ovation won’t resume operations until November 6, while the Seabourn Odyssey is halted until November 20. Their remaining two ships will be waiting until October: the Seabourn Sojourn is paused through October 13, and Seabourn Encore is waiting until October 19 to start up again. So, yes, it’ll be a while until Seabourn is back on the seas.

Holland America’s announcement may be the most shocking. They will be cancelling a number of their regional itineraries for the rest of the year. Any Alaskan, European, New England or Canadian cruise that was set for 2020 will not be happening at all; this also means that the planned 79-day voyage departing in October is cancelled. The company assured travelers that “as soon as it makes sense we will be back cruising again, giving our guests the memorable travel experiences they continue to dream about.”

Yeah, not exactly cheery news. But, on the bright side, there are still a number of major cruise lines that plan to pick operations back up again this summer, including Carnival, which hopes to be up and running by August. So, be patient! Things will be back to normal soon enough.