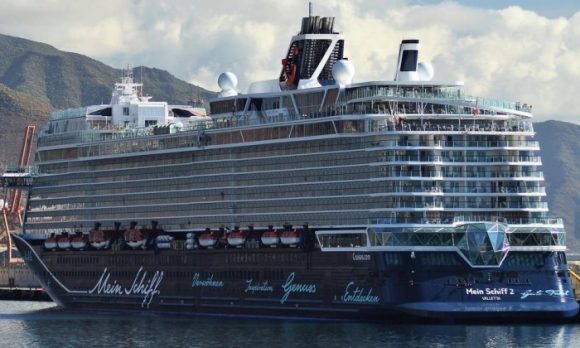 For those who have been wondering about when sizable ships will first hit the waters again, we can finally answer that question: now. A vessel from TUI Cruises, a cruise line based out of Germany, just embarked on a short voyage on July 24th. This was the first large cruise ship to sail since the beginning of the coronavirus pandemic, which is obviously a huge milestone.

The ship in question is the TUI Mein Schiff 2, a ship which typically has a capacity of almost 2900 guests. It is one of TUI’s flagship vessels and a favorite of many German travelers. It sailed with a severely limited capacity of about 1200 people, meaning there was much more space for social distancing.

How was it allowed?

For American readers, hearing that a cruise ship just sailed with 1200 travelers on it will probably come as quite a shock. As many of you know, the CDC recently extended its No Sail Order, meaning that ships above a certain number of passengers are unable to sail. However, we must remember that the CDC is a United States federal organization whose rulings do not apply worldwide. This means that larger ships in other countries may or may not be allowed to sail; in Germany’s case, this ship could. It is also important to note that the ship, despite sailing internationally and over towards Norway, never actually stopped and disembarked anywhere. This means that the guests on the ship were simply there for a bout of scenic sailing and were not risking spreading the virus to anyone in foreign nations.

How did it go?

In terms of the spread of coronavirus, it’s still a bit early to tell, as some cases of the virus can take weeks to present symptoms after the initial infection. It was only a three-day cruise with at least some social distancing and novel health protocols involved, but this doesn’t mean that it was impossible for any spread of the virus. However, there are some reports going around saying that the crew on another TUI ship, the Mein Schiff 1, has had some confirmed infections. Cruise Law News reports that five crew members tested positive for COVID-19, but we have no idea if this is the case of the Mein Schiff 2 as well.

It seems that the world is slowly easing back into cruising again. Hopefully TUI’s test run went successfully and we can all follow their example to safely travel again. 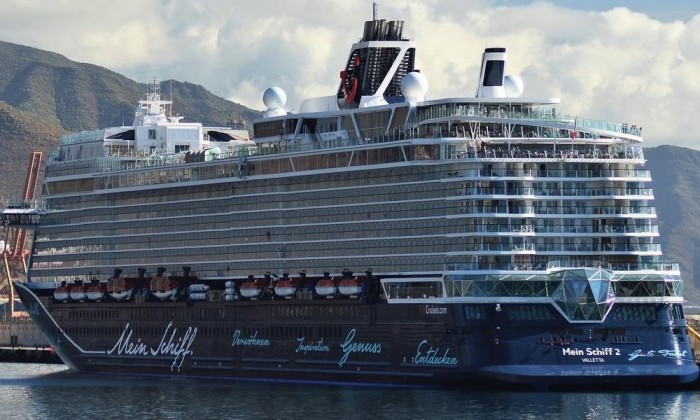