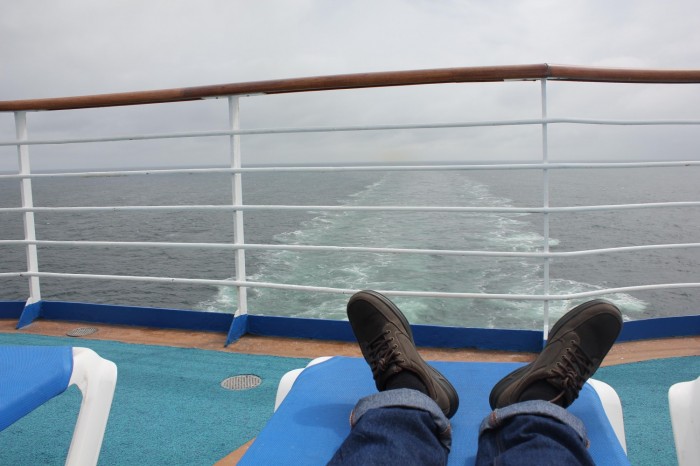 After a recent norovirus outbreak on Oasis of the Seas and a passenger death after a fall from a balcony while on the Harmony of the Seas, Royal Caribbean is faced with another challenge as air conditioning units failed during the Anthem of the Seas cruise from New Jersey to Puerto Rico. During the tropical cruise, temperatures in some of the affected cabins reached 86 degrees.

After all of the recent negative publicity, it would be reasonable for RC to refund passengers’ money simply to avoid another black eye in the media, but that has not been their response. While not all cabins on the ship were impacted by the issue, many of those who had no air conditioning were forced to sleep in lounge chairs on the deck where the air temperature was much more pleasant. Unfortunately, not all passengers were able to maneuver to the open air areas to sleep.

One paralyzed Navy veteran was unable to leave his wheelchair to recline on the deck to enjoy the cool air at night. In addition, he was unable to access a friend’s cabin which had functioning air conditioning due to the narrow doorway which would not accommodate his wheelchair. Sadly, this man and his wife had saved for this vacation for years and were forced to spend most of it enduring sweltering temperatures and sleeping with ice packs for some relief. Throughout the cruise, crewmembers continued to provide passengers with estimates for the repairs to be completed but the air conditioning was never restored.

After the cruise, Royal Caribbean apologized for the “inconvenience” and offered passengers either $200 or $300 depending on the type of cabin they had paid for. Sadly though, this does not come close to compensating the disabled Navy veteran Rettinger and his wife for their miserable experience. Hopefully, some other cruise line takes this opportunity to offer the Rettinger family a positive cruise experience as a thank you for his service in the armed forces.

Royal Caribbean has been announcing on social media that the issue was caused by a broken pipe and has since been resolved. But as recently as this past Saturday guests were posting on social media that the cabins were still reaching temperatures in the mid to high 80s and the financial compensation offered was minimal. Even platinum members of the Crown and Anchor Society, the Royal Caribbean loyalty program, were being offered a meager 15% refund on the cost of their cruise. So any guest with trips booked on the Anthem of the Seas in the next few weeks might want to be prepared for a very warm vacation and no financial compensation from Royal Caribbean.

Article Name
More Issues for Royal Caribbean Cruise Line
Description
Royal Caribbean is faced with another challenge as air conditioning units failed during the Anthem of the Seas cruise from New Jersey to Puerto Rico. During the tropical cruise, temperatures in some of the affected cabins reached 86 degrees.
Comments: 0 Posted by: Kathy Categories: Cruise News, Everything Else, Royal Caribbean Cruises, Ship Disasters