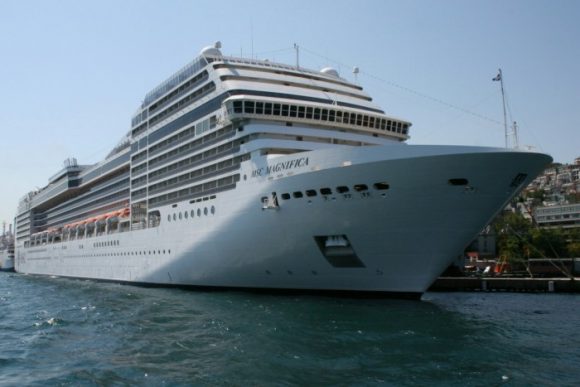 The Cruise Ships That Returned Home This Week

The third full week of April contained a few major happenings in the cruise world, including the touted return of the last cruise ship still at sea. While the docking of the Costa Deliziosa was indeed big news, there were a few other ships that came back home this week that helped reduce the number of major vessels still sailing itineraries to a whopping zero.

The MSC Magnficia was one of two ships that returned to port this week after sailing peacefully amidst a global pandemic. Since January, the ship had been travelling across the world on an itinerary that was meant to last for 118 days. On March 14, they made the decision to not allow anyone to disembark the ship. This means that the travelers were on the boat for over a full month. That’s a long time! But, the saga of the Magnifica has reached an end. There were 1769 passengers on the ship, and more than 1500 of them were able to disembark immediately when the ship docked on April 20 in Marseille. By April 21, all were off. No signs of COVID-19 were detected in any of the passengers or crew.

The Hondius, a ship built in 2019 that belongs to Oceanwide Expeditions, ported in Vlissingens in the Netherlands on April 21. Two other ships in the cruise line’s fleet, the Plancisu and the Ortelius, were still at sea when Hondius docked, but they were only carrying crew members and others involved with the line itself. Those remaining two ships finally docked on April 23.

If you’re reading this article, you’ve probably already heard of this ship, but it’s worth a mention all the same. The Deliziosa left on January 5, much like the Magnifica, and missed out on much of the coronavirus action that was happening in the world. It docked on April 20. You can read more about the specifics of this particular ship’s journey over here.

Well, there are a few ships still out there that may not have any passengers currently but are scuttling to get their crew members back to their home countries. Princess’ Regal, Crown, Island and Caribbean Princesses are all, as of April 22, headed back to different areas and still at sea. Likewise, a few Holland America ships are traveling right now, as is the Seabourn Quest.

So, there you have it! The few stragglers that were still out there on the ocean are either now docked or heading towards nations where they will drop off their crew.